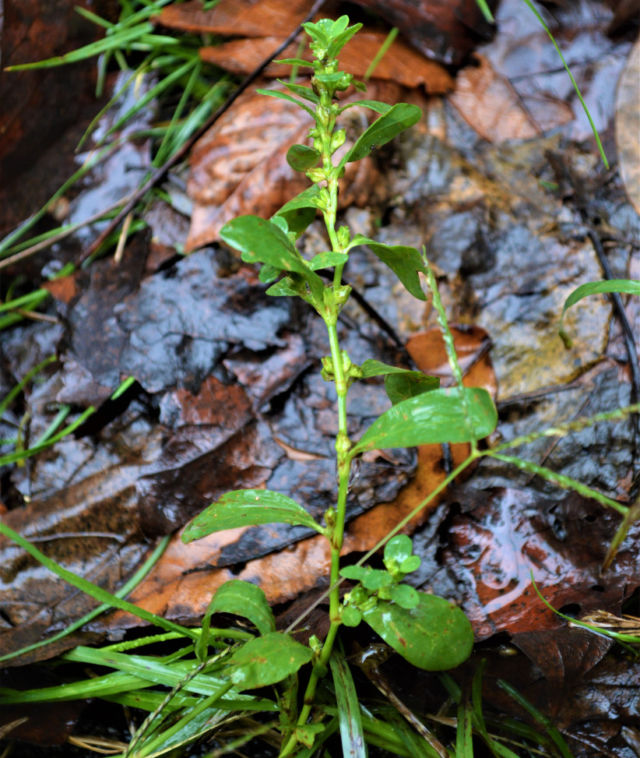 Mueller looks for signs of selective breeding for human consumption to differentiate feral from domesticated plants -- bigger seeds, thinner skins -- and traces ancient social networks by looking at the spread of these plants from region to region.

In a recent paper (Sci-Hub mirror) Mueller describes process of assembling a history of domesticated erect knotweed, initially though to have originated in Illinois about 1,200 years ago, but now known to date back at least 2,000 years old, thanks to the discovery of preserved seeds in a central Kentucky Hopewell culture burial site.

Mueller collaborates with Smithsonian anthropologist Logan Kistler, who has begun to sequence the genomes of lost crops, which holds out exciting possibilities for unlocking the lost histories of the people who cultivated them.

Perhaps the strangest part of this story is the fact that people simply stopped cultivating so many crops that were central to their diets. Imagine what would happen if we decided to abandon wheat to the wilderness. Suddenly, there would be no more baguettes and pastas—not to mention cakes. Sure, we could make delicious breads from corn and tasty noodles from rice or beans. But for many of us, it would feel like an incredible loss of a comforting staple. No doubt, that’s how the loss of knotweed felt to aboriginal Americans, too.

It’s likely that the Eastern Agricultural Complex (EAC)—a catch-all term for the lost crops of North America—faded away slowly. Though we can't be sure what triggered its decline, Mueller thinks it may have suffered its first blow from one of the most popular crops in the Americas: maize, which came north from Mexico about a millennium ago.

“Maize is an amazing crop,” Mueller said. “All over the world, when it arrives, people give up their old crops and start growing it. It’s productive and has lots of sugar so it gives you quick energy.” By the time Cahokia was at its height in the 1000s, maize was already edging out crops like erect knotweed.

But the death knell for erect knotweed probably came from Europe. Archaeologists find no more examples of domesticated erect knotweed after colonists began to settle the Americas in the 1400s, destroying local civilizations as they went. “There was so much displacement, disease, and warfare over the next couple hundred years that a lot of knowledge was lost,” Mueller explained.