Gentleman steals over 1,000 pounds of mail while working as postman 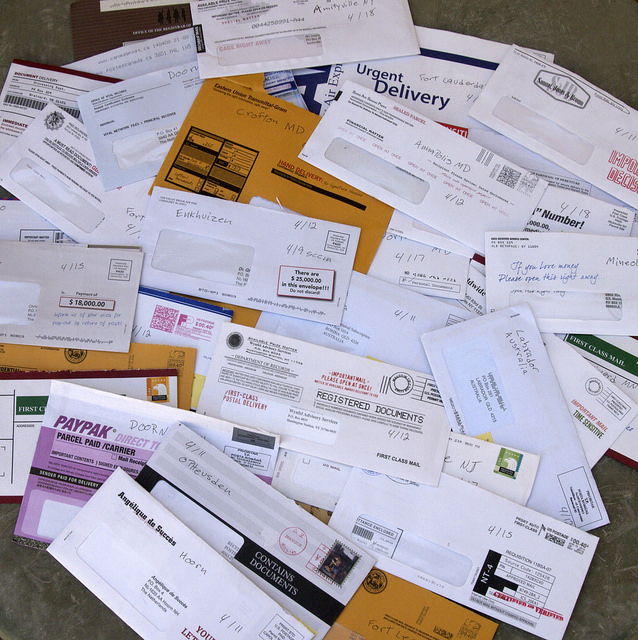 An Italian postman has had a hard time parting with other people's mail. The 56-year-old gentleman, from Vicenza Italy, has been hoarding mail in his garage – mail that included letters, bills, statements, and pamphlets – that go as far back as 2010.

He had stashed over 1,000 pounds of mail in yellow plastic containers that belonged to the post office – 43 of them in all. But he now must part with his collection, as a recycling company discovered it when they came to clean out his garage.

The Vicenza post office promised to deliver all of the mail - even if some of it is eight years too late.

In Saint Louis, thieves broke into Martin Casas’s storage locker and snatched his comic book collection. Then they took the comics to a local comic shop to sell them. Thing is, Casas owns the shop. From the Riverfront Times: …A Chesterfield woman called within days of the storage locker burglary and asked if Apotheosis might […]