This is not a giant pair of jeans, it's a sleeping bag for two 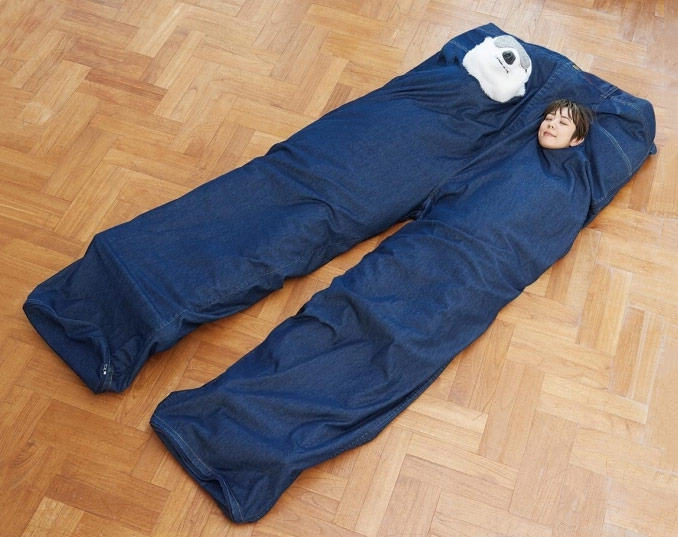 This might very well be my new favorite thing. While the "Super Big Wrapped in Warmth Happy Furry Jeans Sleeping Bag" looks like an oversized pair of dungarees, it's really just a giant novelty sleeping bag built for two!

It even comes with two bandana-patterned pillows, which fit adorably in the back pockets...

It's available at Japan Trend Shop for $696. Grab one for me too and we'll have a sleepover.

A company in Japan has made t-shirts that give the illusion that you can — kind of — see through them. The one for women hints at a busty chest in a lacy bra, and the one for guys suggests six-pack abs. The “delusional mapping T-shirt with a faint view of the valley” and the […]