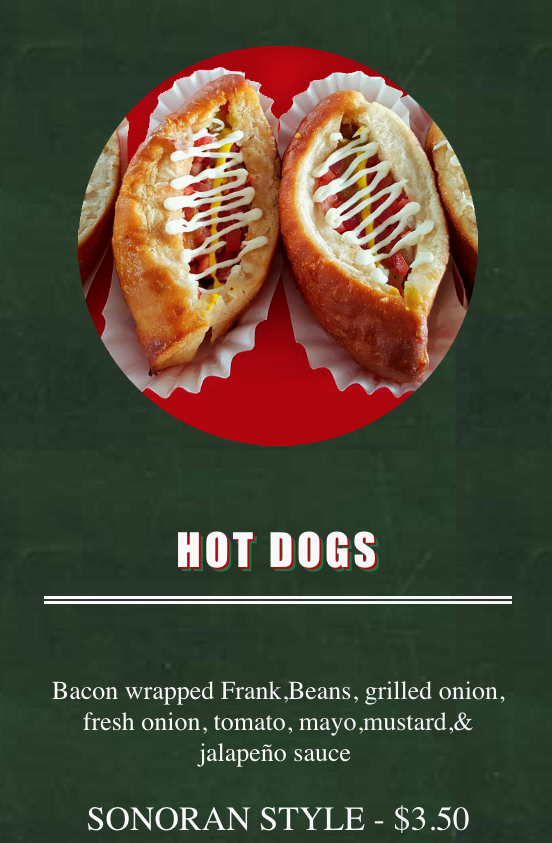 The Sonora, Mexico native confessed to Tucson Weekly that he was unfamiliar with the James Beard Foundation (JBF) and its award prior to winning:

"First of all, like I told everybody else, I didn't even know who they were... I said, 'Well, I don't know who you are.' We miscommunicated because of my English, or I didn't understand exactly what they wanted from us. This is incredible what we have been honored."

The JBF writes that the "honor is given to regional establishments, often family-owned, that are cherished for their quality food, local character, and lasting appeal" and describe the winning dog as such:

The Sonoran hot dog evinces the flow of culinary and cultural influences from the U.S. to Mexico and back. Decades ago, elaborately dressed hot dogs began to appear as novelty imports on the streets of Hermosillo, the Sonoran capital. Today, Tucson is the American epicenter, and Daniel Contreras is the leading hotdoguero. A Sonoran native, Contreras was 33 in 1993 when he opened El Guero Canelo. The original stand is now a destination restaurant, outfitted with picnic tables and serviced by a walk-up order window. Fans converge for bacon-wrapped franks, stuffed into stubby bollilos, smothered with beans, onions, mustard, jalapeño sauce, and a squiggle of mayonnaise. Contreras operates three branches in Tucson, one in Phoenix, and a bakery to supply the split-top buns.

Contreras and the other recipients will be honored on Monday, May 7 at the James Beard Awards Gala at Lyric Opera of Chicago.