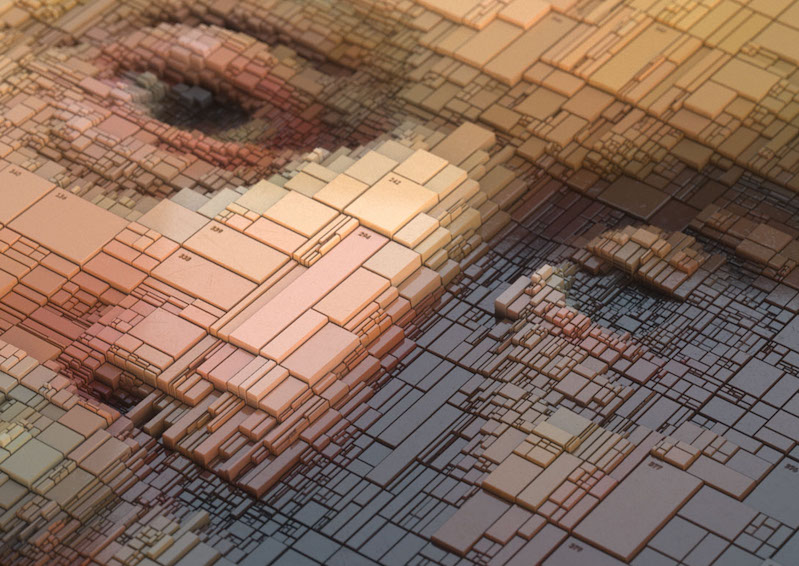 Artist Dimitris Ladopoulos ran a favorite Rembrandt painting through an algorithm he's used for abstract work and generated a cool RGB-value dimensional output that resembles a blocky paint by numbers.

Above is the original via Wikimedia.

He also posted this lovely profile of clay sculptor Manousos as part of his "Art of Making" video series: