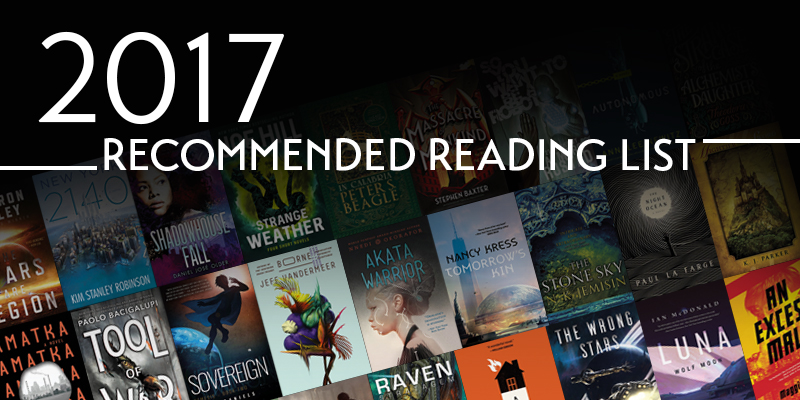 Every year, Locus Magazine's panel of editors reviews the entire field of science fiction and fantasy and produces its Recommended Reading List; the 2017 list is now out, and I'm proud to say that it features my novel Walkaway, in excellent company with dozens of other works I enjoyed in the past year.