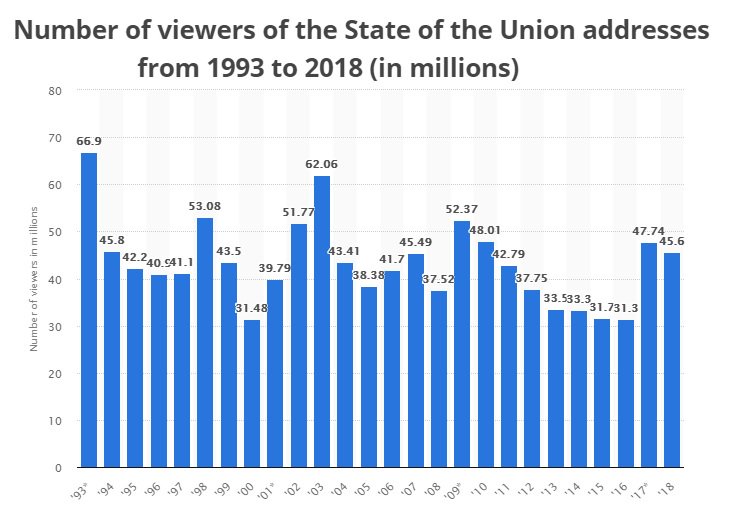 On Twitter this fine February morning, the President of the United States claimed that his State of the Union speech, watched by 46 million people, was seen by "the highest number in history."

Thank you for all of the nice compliments and reviews on the State of the Union speech. 45.6 million people watched, the highest number in history. @FoxNews beat every other Network, for the first time ever, with 11.7 million people tuning in. Delivered from the heart!

Though this is a fine haul, outstripping the yawners of Obama's late presidency, it's far from the winner. In fact, it wasn't even as popular as the "unofficial" one he gave last year, which clocked in at 48m viewers. (Incoming presidents give a speech to Congress instead of delivering a State of the Union address)

There's something so weird about it. Why would Trump say it, knowing it will immediately be checked? Lying to an audience of true believers who won't care seems too simple an answer: perhaps he's being lied to and is just too disoriented and narcissistic to notice what results.