Maps of tree cover in Europe 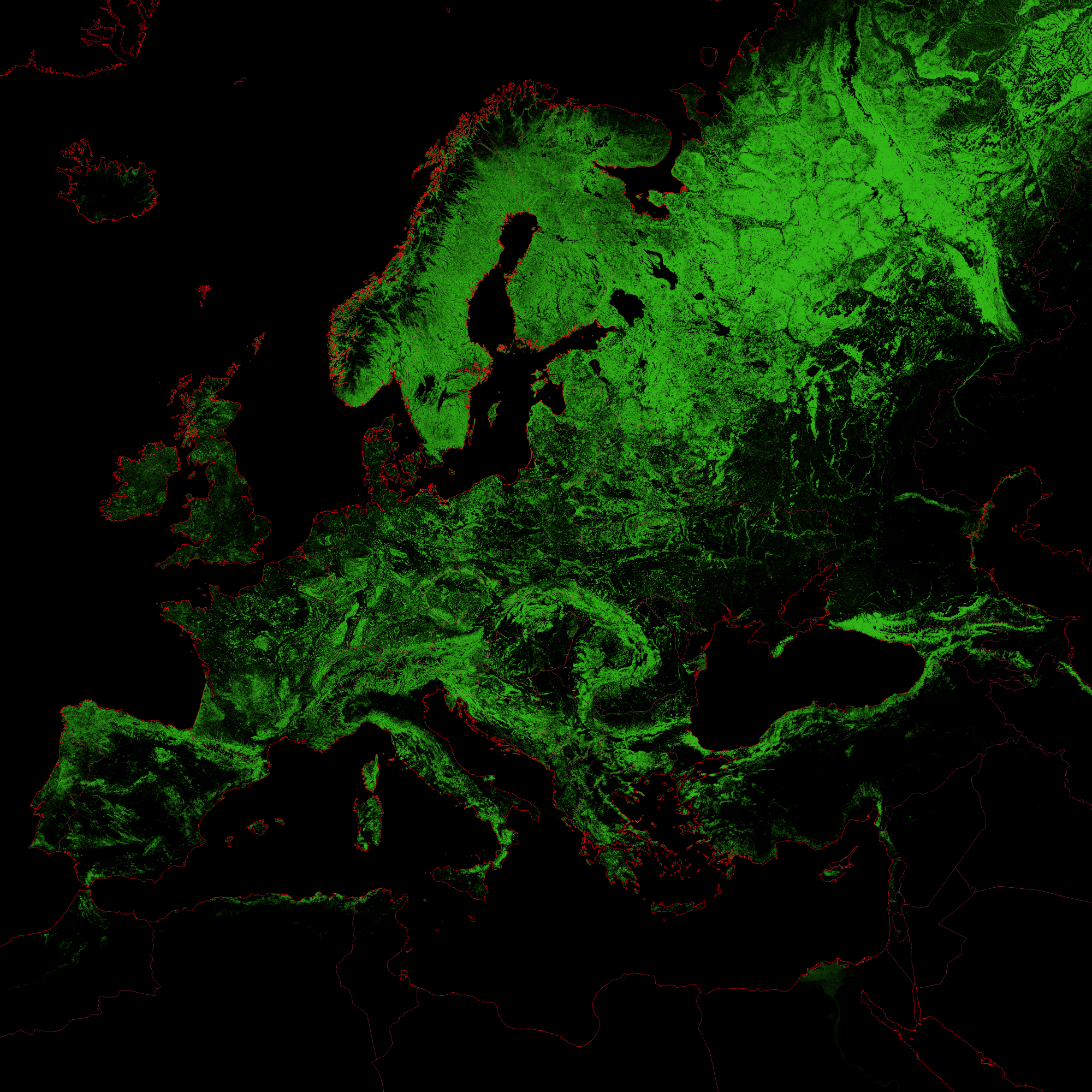 Fejetlenfej posted a set of maps of european forest cover to imgur, with posters available on Etsy. Though cover is distressingly spase in places such as Denmark and England, check out the places that seem picked clean, as if trees were a menace to be exterminated without remorse. Is there so much as a shrub in Italy's Po Valley?

High resolution map of all the forests of Europe. Color scheme goes from black as 0% forest to bright green as close to 100%, dense forest.

After finally forcing myself to focus more on creating new things, this is my first new design in almost a year. I'm quite excited to show it to you guys, so please, any feedback welcome.

Map made mostly with the open-source QGIS software.