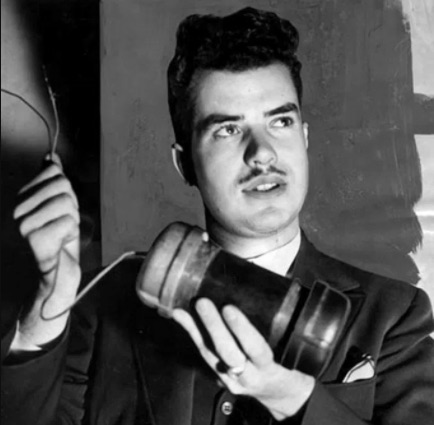 Jack Parsons (1914-1952) was a pioneering rocket scientist and part of the team that founded the Jet Propulsion Laboratory (JPL). He was also a deep devotee of Aleister Crowley and worked some heavy duty occult rituals with none other than L. Run Hubbard. Parsons died in a freaky home lab explosion that's fueled conspiracy theorists every since. In the below video, the short, drunken story of Parsons's weird life. For more on Parsons, I suggest George Pendel's fine book Strange Angel: The Otherworldly Life of Rocket Scientist John Whiteside Parsons.