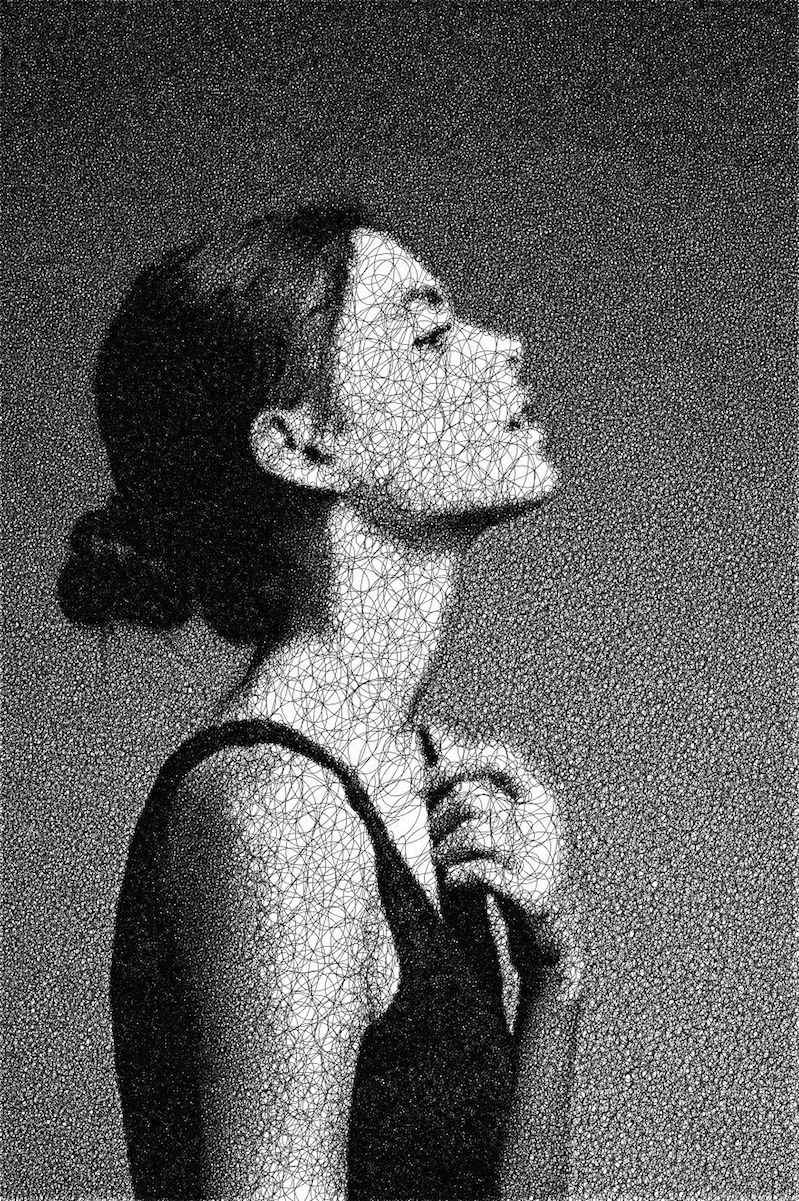 LinesLab is "an experimental design studio established by Sergej Stoppel that explores algorithmic art and robotics." Among his cool works are these single-line portraits.

Here he describes his process:

Almost one year ago I started working on drawing algorithms soon after that I opened an experimental design studio LinesLab that explores algorithmic art and robotics.

After about 9 months I finished a system that is capable of drawing in many different styles and allows to create a completely new style within a couple of minutes. The system automatically optimizes the drawings based on their size, used materials and the perceived similarity. Here are some results of the drawings I made with my pen plotter Karel. Each drawing is computed in just under one second and Karel between one or three hours to complete the drawings, depending on the drawing complexity, the drawing sped and the size of the drawing.

He accepts commissions on his Etsy shop.