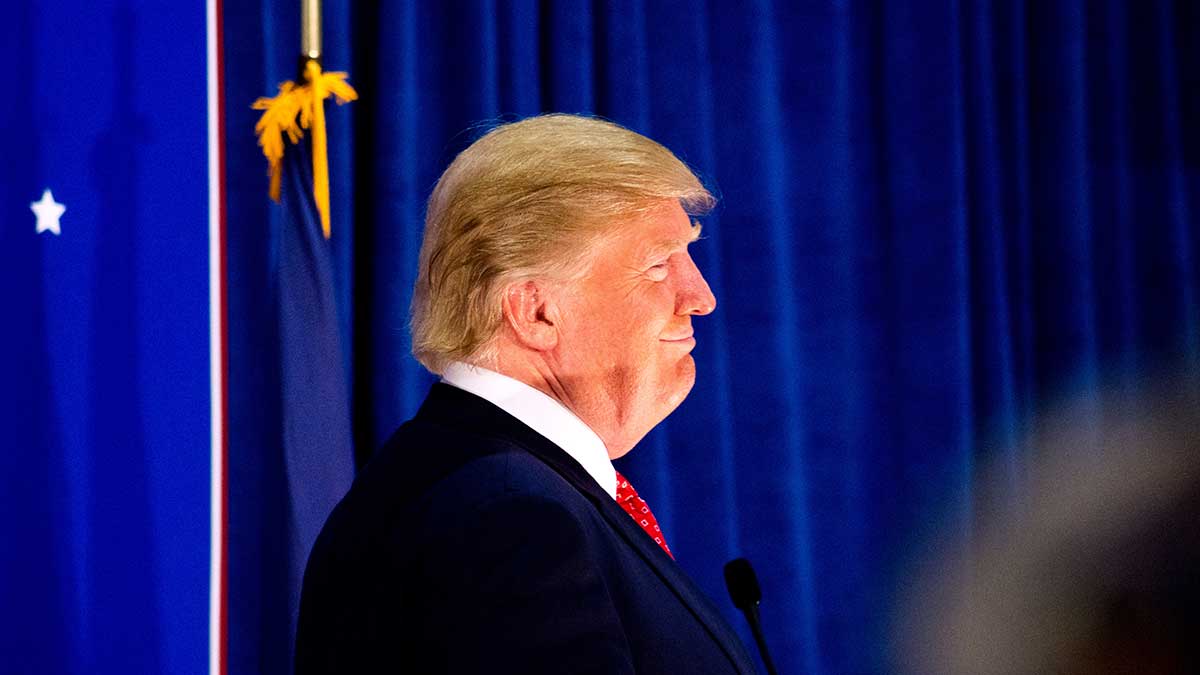 White House principal deputy press secretary Raj Shah referred to President Donald Trump as “a deplorable” and described the release of the Access Hollywood tape as “some justice,” NY Mag reports, based on private messages independently obtained and verified by the publication.

He also appears to have plotted against Trump during the primaries, while working at RNC.

From the New York Mag report:

Before joining the Trump administration, the White House principal deputy press secretary, Raj Shah, called President Donald Trump “a deplorable” and referred to the release of the Access Hollywood tape as “some justice,” according to private messages independently obtained and verified by New York. Shah, who worked at the Republican National Committee during the 2016 election, also asked an RNC colleague to dig up an old video clip of Trump that shortly afterward showed up in a Jeb Bush commercial.

Shah is an increasingly visible part of the White House staff. In recent weeks, he’s regularly appeared on TV as a White House surrogate, a job usually performed by better-known officials. The communications obtained by New York provide a window into the complex drama of the Trump White House, where the operatives who serve at the pleasure of the outsider president have in the past expressed contempt for him — and sometimes still do.

“Holy shit,” a source who advised Trump said, “plenty of people in the West Wing hate him right now. You hear them say things like, I’m serving the country. That’s code for, I hate the fucker.” On the campaign, the former adviser said, “we all thought he was a moron. He’s by no means a stupid guy, but he was such a pain in the ass and stubborn.” Shah declined to comment. A senior White House official said that Shah previously informed “his superiors in the administration” about the messages.

And the details of these messages are something else.

Dated December 15, 2015 at 12:09 p.m., the email — the subject line was “Dawg” — contains a 2008 CNN transcript in which Trump speaks positively of then-president-elect Barack Obama and describes his decision to make Hillary Clinton secretary of State “a great appointment.” Shah asked for footage of the interview — “Can we see if we’ve got?” — while telling Hemming to be cautious not to use an official RNC email while discussing the topic. “Nothing on GOP mail,” he wrote.

Olivia Nuzzi's take on the report, below.

Some news: @NYMag obtained private messages in which Raj Shah, the White House principal deputy press secretary, called Donald Trump "a deplorable" and, while at the RNC, requested oppo on him that was used by Jeb Bush in an attack ad 3 days later: https://t.co/83EYB9lXHC

During the primary, Donald Trump claimed that the RNC was unfair and biased against him. Raj Shah's messages, sent while the head of research for the RNC, would seem to confirm that he wasn't wrong: pic.twitter.com/9YL5S7Zrq2

Raj Shah is far from the only current White House official to have previously expressed contempt for Donald Trump. When she worked for a political action committee supporting Ted Cruz during the primary, Kellyanne Conway publicly referred to Trump as, "fairly unpresidential."

The difference is that Raj Shah's comments, made in private, and the action he took against Trump - requesting oppo on him that was soon utilized by his opponent - weren't a function of the job he had at the time. They appear to reflect his personal feelings.

This is funny, but it makes an interesting point: the White House is content to employ staffers who have said terrible things about the president. Why is a different standard applied by them to anyone else? https://t.co/9xGgIVjtkM