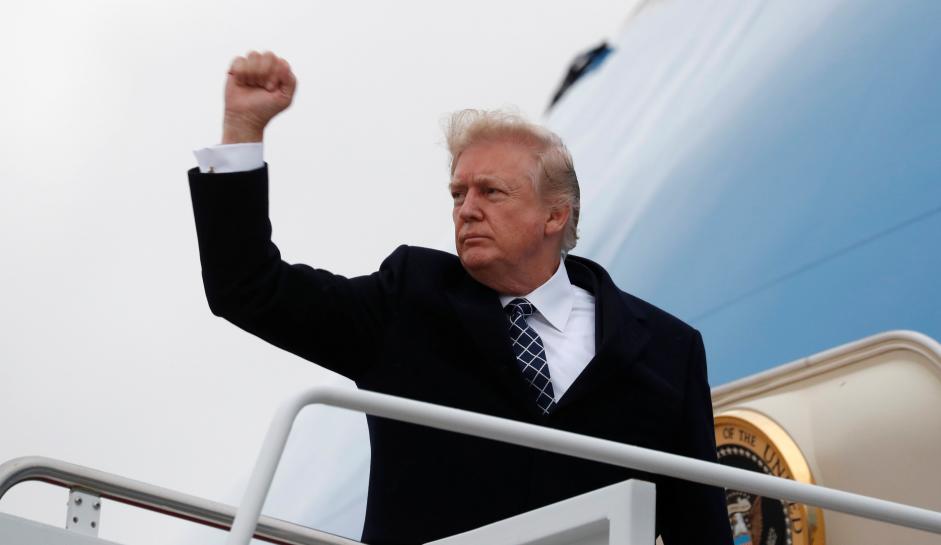 'President' Donald Trump used the word 'treason' when commenting today on the behavior of Democratic lawmakers people at his shitty State of the Union address last week. They failed to clap, smile, or praise him.

Trump, who is under investigation for various crimes involving America's government and Russia, made a weird comment about treason. It's almost like the kind of crazy thing a person who has behaved treasonously might do, but what do I know.

"They were like death. And un-American. Un-American! Somebody said ‘treasonous.’ Yeah, I guess, why not? Can we call that treason? Why not? They certainly didn’t seem to love our country very much.”

The remark was part of “a rambling, discursive speech at a factory in Ohio,” reports the New York Times, at which Trump “celebrated his revival of the American economy as the stock market plummeted by more than 1,000 points.”

“It got to a point where I really didn’t even want to look up too much during the speech over to that side because honestly, it was bad energy,” Trump said.

“Even on positive news, really positive news like that, they were like death and un-American,” he said, repeating, “Un-American. Somebody said treasonous. I mean, yeah, I guess, why not.”

Mr. Trump was clearly also honing his message for the political campaigns to come before the midterm elections in November. He acknowledged that the president’s party normally suffers setbacks, in part because its voters become complacent.

But he insisted that Republicans could ride the strong economy to victory this fall, saying Democratic leaders like Senator Chuck Schumer of New York and Representative Nancy Pelosi of California were out of touch with ordinary people.

“They want to raise your taxes,” he said. “They don’t want to give the money to the military, which we have to because our military — because of Obama and even beyond Obama — it’s depleted, it’s in bad shape.”

Noting Ms. Pelosi’s recent assertion that middle-class people would receive only “crumbs” from the tax cut, Mr. Trump said, “This is not a good day for Nancy Pelosi. She’s our secret weapon.” He added, “I just hope they don’t change her. There are a lot of people that want to run her out. She’s really out there.”

Pelosi later replied through her spokesman, Drew Hammill: “As the Dow nosedives on his watch, the president’s rambling, deceitful tax scam sales pitch reached an all-time low in Cincinnati.