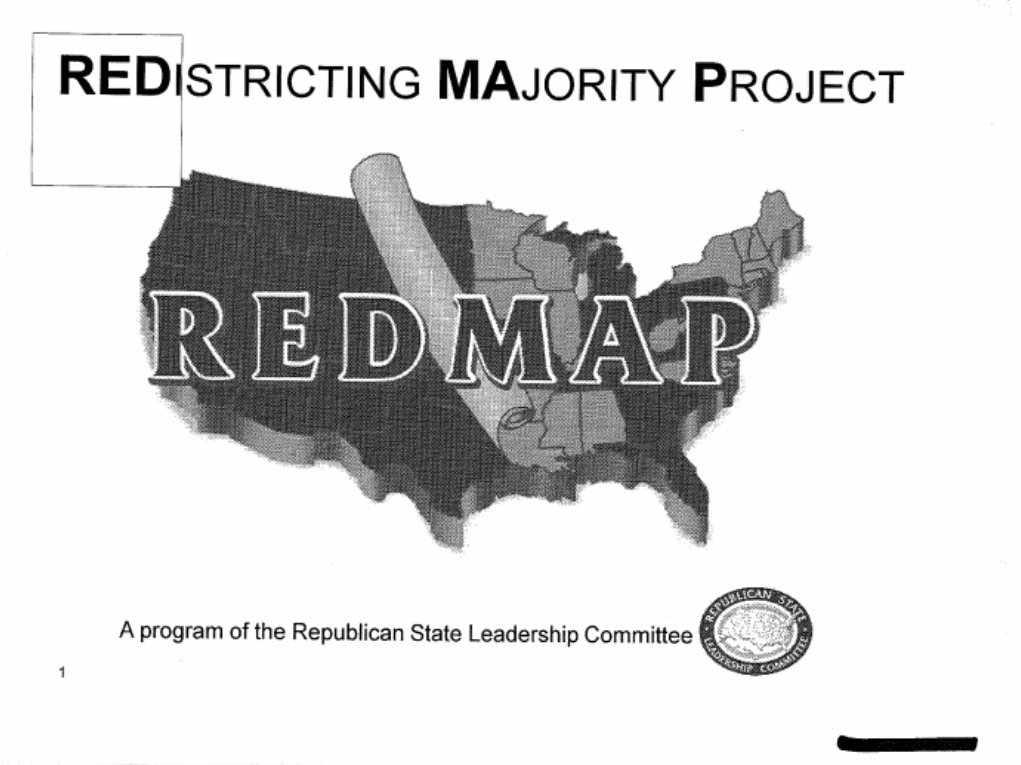 David Daley's hugely important 2016 book Ratf**ked: The True Story Behind the Secret Plan to Steal America's Democracy uses original documents to trace the Republican master gerrymandering plan -- which gave them disproportionate control in several states, allowing them to redraw federal districts to repeat the feat at the national level -- to meetings in 2009; but a pair of leaked Republican State Leadership Committee (RSLC) powerpoints show that GOP strategists were scheming and fundraising to ensure that their candidates would wield power regardless of popular support at least a year and a half earlier.

Daley points out that prior to the Obama election, Democratic state legislators had infuriated their Republican rivals by engaging in their own gerrymanders (think, for example, of hereditary DINO Dan Lipinski's ridiculous district) and they vowed to do the same, but using new, sophisticated computer models that could leverage the census to create undemocratic outcomes (with another census looming in 2020, the Republicans are poised to double down on distorting electoral maps).

Daley uses the newly surfaced powerpoints to show how the Republican strategy began. Today, Republicans have elevated gerrymandering to a low art, making a 2018 "wave election" much harder than it has any right to be, given how unpopular Republicans in the Congress, Senate, White House and state houses are.

When Ed Gillespie took charge of the RSLC, however, targets expanded from direct-mail small-fry to boardroom big-shots. These new documents reveal the first two PowerPoints that Gillespie brought on the road, looking to reel in $30 million from GOP whales: Big Oil, Altria, Walmart, AT&T and the U.S. Chamber of Commerce. The first, from December 2009, was primitive and unpolished. It even suggested that the 2010 census would take place in 2011.

Perhaps its most important detail is buried in the appendix: Thirty-eight legislative chambers in 19 states will control the drawing of 253 congressional seats. This report even laid out the number of credible candidates and credible targets in each of those state chambers. But the goal was clear: Gillespie and Jankowski explained to donors that they were “drawing maps for the next five elections” and that “whoever controls that process controls the drawing of maps — shaping the political landscape for the next 10 years.”

“Maps matter,” the RSLC presentation continues. It calls maps the first tool in winning elections. In Texas, it explains, Democrats controlled the congressional delegation by a margin of 17 to 15 before the GOP won back the state legislature. Once Republicans had the pens in their own hands, that swung to 21-11 in the GOP’s favor the very next election.