The USA has moved up in the Tax Justice Network's Financial Secrecy Index to number two, behind Switzerland; in reality, though, the UK is the world's worst money-laundry, but because its laundering activities are spread out over its overseas territories — taken as a whole, the UK leads the world in helping criminals and looters hide their fortunes.

America's role in money-laundering is well-documented; the ease of incorporating anonymous shell companies has been key to making fortunes disappear — and they also constitute the wide end of the funnel for dark money in US politics.


One notable feature of the Financial Secrecy Index is how different it is to official government indices of money-laundering states; the EU's index, which put 17 nations on notice last December, consists primarily of small, largely impoverished nations that account for a tiny fraction of the world's money laundering (the exception being the UK overseas territories, which are mentioned independent of the UK itself). Somehow, the EU list doesn't include its own member-states' prolific money-laundries, nor the money laundering in its major trading partners.

$1-1.6 trillion flows secretly across international borders every year; $1 trillion has been looted from African nations, whose debts are only $200 billion, meaning that if only 20% of that capital flight could be recovered, the entire continent of Africa could be debt-free.

The problems go far beyond tax. In providing secrecy, the offshore world corrupts and distorts markets and investments, shaping them in ways that have nothing to do with efficiency. The secrecy world creates a criminogenic hothouse for multiple evils including fraud, tax cheating, escape from financial regulations, embezzlement, insider dealing, bribery, money laundering, and plenty more. It provides multiple ways for insiders to extract wealth at the expense of societies, creating political impunity and undermining the healthy 'no taxation without representation' bargain that has underpinned the growth of accountable modern nation states. Many poorer countries, deprived of tax and haemorrhaging capital into secrecy jurisdictions, rely on foreign aid handouts.

This hurts citizens of rich and poor countries alike. 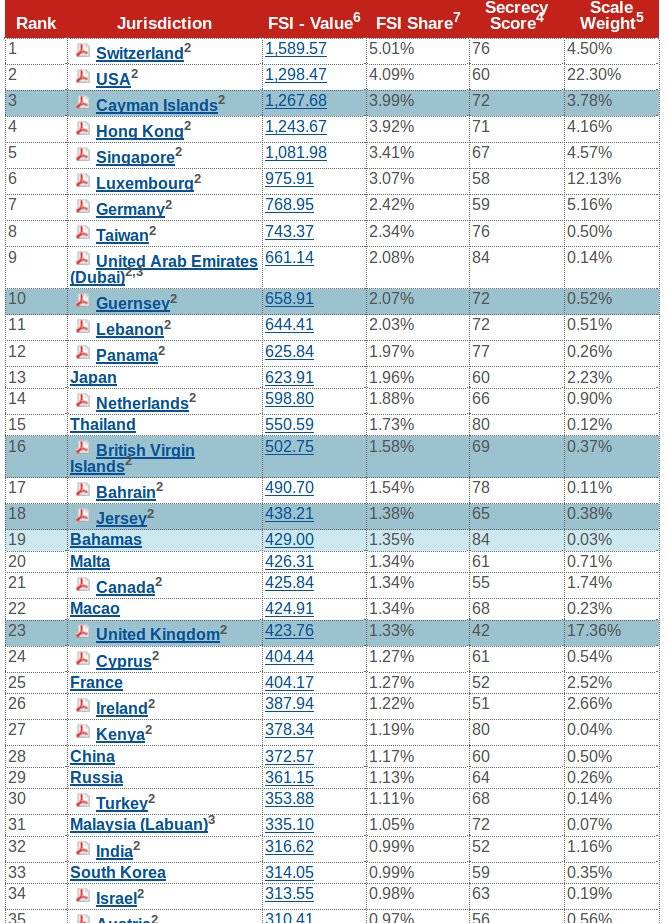