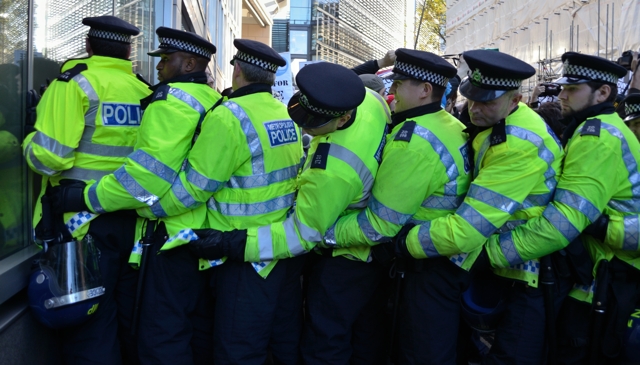 There are about 4,200,000 surveillance cameras in United Kingdom. According to a feature in Wired UK, police want to take an even closer look.

The West Yorkshire Police Service is currently testing a mobile fingerprint scanning system that's connected to databases containing the fingerprints of 12 million immigrants and criminals. 250 mobile fingerprint scanners have been issued in the North Eastern region of England and will be used, as part of a pilot program, to help identify individuals who refuse to or are unable to tell the police who they are or are. The Yorkshire Police Service says that the system would most likely only ever be used on suspects at the scene of a crime, those who are found to have no identification papers or anyone found dead or unconscious.