Salon gives readers a choice: view ads or mine cryptocurrency 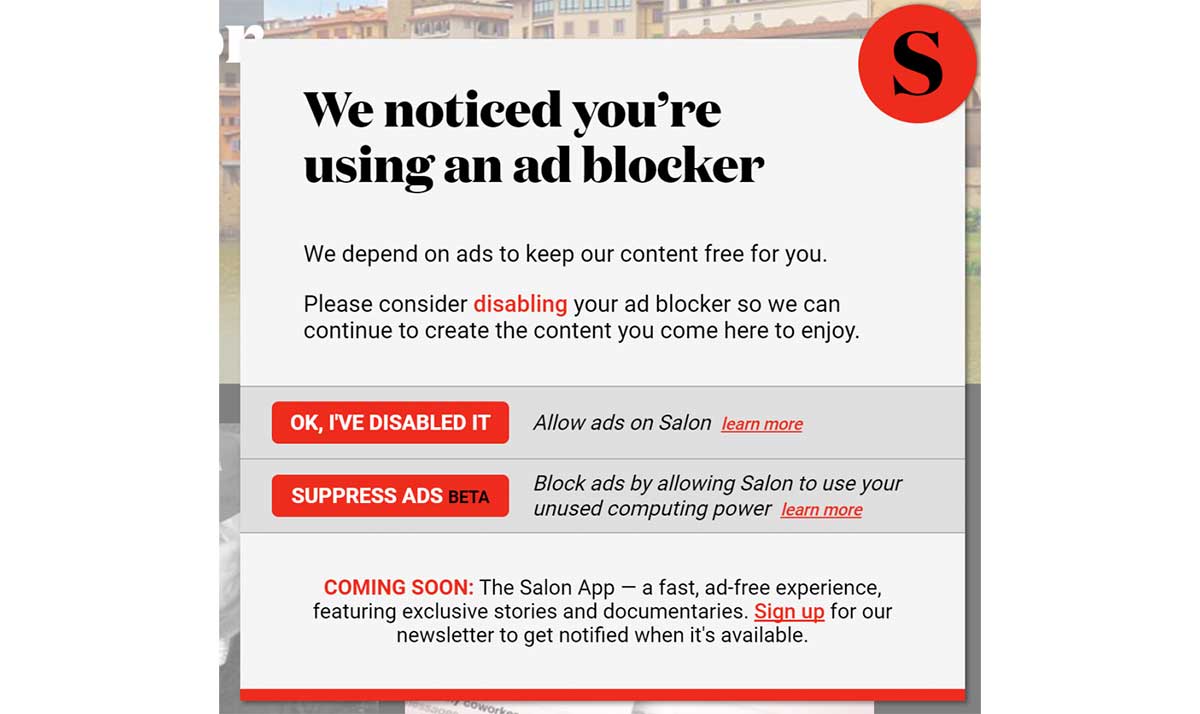 Salon announced this week that visitors who insist on using an ad blocker must either disable it or mine cryptocurrency for the site.

For our beta program, we’ll start by applying your processing power to mine cryptocurrencies to recoup lost ad revenue when you use an ad blocker. We plan to further use any learnings from this to help support the evolution and growth of blockchain technology, digital currencies and other ways to better service the value exchange between content and user contribution.

Your unused processing power are the resources you already have but are not actively using to it’s full potential at the time of browsing salon.com. Mining uses more of your resources which means your computer works a bit harder and uses more electricity than if you were just passively browsing the site with ads.

Who will be the first to sue Salon, claiming the mining software melted their laptop?

When Gerry Cotten, founder of the QuadrigaCX cryptocurrency exchange, died mysteriously in India at the age of 30 he left behind an encrypted laptop with up to $250 million of customer deposits locked up on it. Without a password, those funds are irretrievable (at least until quantum supremacy becomes a real thing). Now, according to […]

The House Financial Services Committee has asked Facebook CEO Mark Zuckerberg to testify on Facebook’s planned Libra cryptocurrency, and he will do so on October 23.