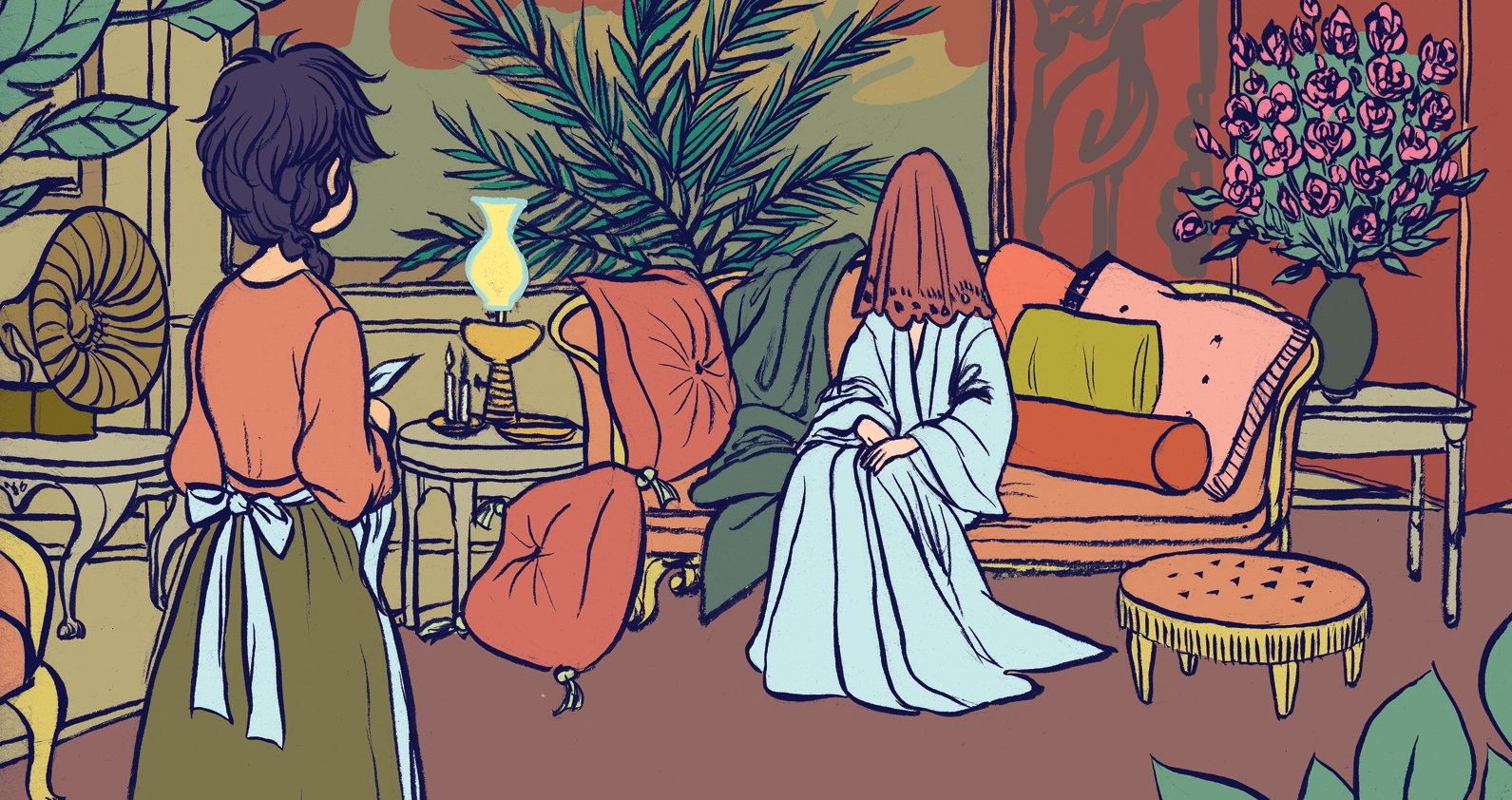 The Prince and the Dressmaker is the story of Frances, an aspiring dressmaker, and Prince Sebastian, heir to the throne of Belgium and the most eligible bachelor in the elites of Europe at the apex of the industrial revolution, just as the role of royalty is shifting precipitously.

Prince Sebastien is under nearly unbearable pressure: to wed, to assume leadership. But he's also under pressure thanks to his dark secret: some days, when Prince Sebastien looks in the mirror, he sees a woman. He has been stealing his mother's dresses for years and privately dressing in them, with the help of an extremely discreet and devoted servant.

One day, Frances finds herself summoned by Prince Sebastien, and, as she discovers his secret, she also finds in him her most willing patron, canvas, and audience, the first person to truly understand her artistic passion.

The two conceive of an artistic and personal partnership, with Frances helping the prince fashion a second identity as Lady Crystallia, who quickly becomes the toast of Paris and the most mysterious and best-dressed figure in high society. As the pair's collaboration deepens, so does their friendship -- and then it ruptures, when Frances has to confront the fact that she can't be known as Prince Sebastien's tailor and Lady Crystallia's tailor without compromising the prince.

What follows is a wrenching and beautiful story about gender identity, passion, friendship, selling out, keeping your integrity, and the surprisingly capacious limits of parental love.

Of course, it's a Jen Wang book, so it is also gorgeous, with emotive character design, beautifully conceived settings, and a visual rhythm that paces the book so, so masterfully.

I was reduced to happy tears by this book. It is the greatest work yet from a creator with a string of great works in her history.

If you're in Los Angeles, you can come see Jen and I discussing The Prince and the Dressmaker at Chevalier's Books on March 15.

The Prince and the Dressmaker [Jen Wang/Firstsecond]