This French baker cruises around delivering fresh-baked goods to boaters 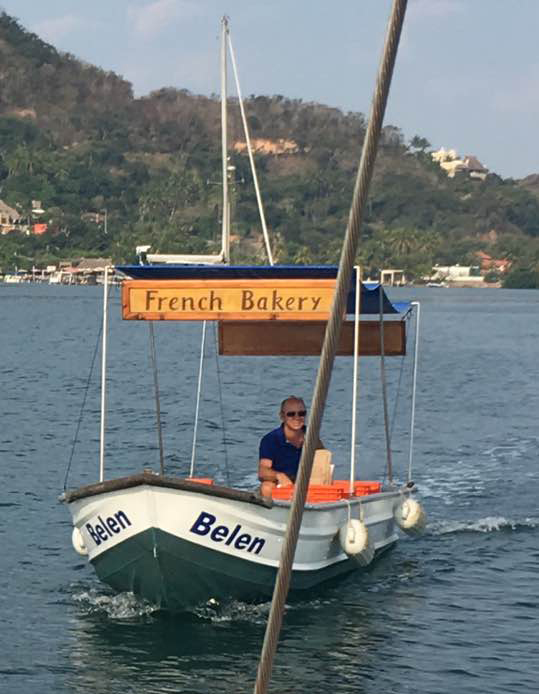 Here's a guy who's found his niche market.

Out of a humble panga, there is a French baker who goes boat to boat selling his fresh-baked wares to those docked (primarily gringos) in Jalisco, Mexico's Barra de Navidad marina and lagoon area.

Chef Emeric Fiegen opened up shop, with his wife Christine, in this small laidback beach town over 15 years ago after a stint in Montreal. Early each morning, Chef Emeric still personally delivers his many breads, baguettes, croissants, pies, and quiches by boat. Not surprisingly, his pastries sell out by the time he's done making his rounds.

My friends Andrea and Nick are currently on an epic cruising adventure with their teen daughter Pari, and were lucky to sample the breakfast pastries while anchored in Barra de Navidad. Andrea told me that they've never come across a delivery service like this before on any of their many boating trips.

Here's a look at the menu. Keep in mind that those prices are in pesos and that it's currently about 18.50 pesos to the dollar:

Landlubbers, fear not, the French Bakery (aka El Horno Francés) has an onshore eatery for you in town.