Star Wars: Rey is the new Anakin (but better) 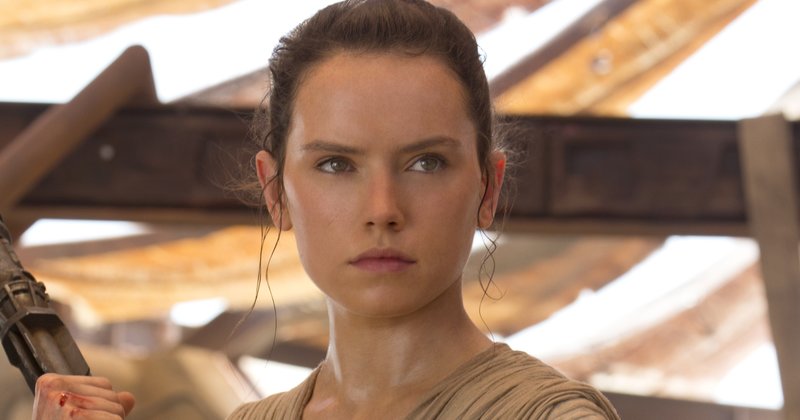 In this new article for SyFy Fangrrls, writer Clare McBride makes a compelling argument that Daisy Ridley's Rey isn't a parallel for Luke in the original Star Wars trilogy, she's a parallel for Anakin in the prequels.

McBride points out that both Anakin and Rey have trauma-filled childhoods that include being exploited for their labor on desert planets. But the two characters are put on different paths because of the respective support systems around them. Here's how McBride puts it (spoilers for The Last Jedi follow):

Unlike Anakin, Rey actually has a support system who understands her greatest fears and can allay them instead of aggravate them. One of the most touching moments in The Force Awakens is when Finn finds Rey on Starkiller Base, trying to rescue her while she's in the middle of rescuing herself. "We came back for you," he tells her, and the script tells us, "She is speechless — this is all she's ever wanted anyone to do." At the end of The Last Jedi, when Rey despairs of the tatters of the Resistance and a broken lightsaber, she has Leia to inspire and reassure her.

And just as importantly, she can see and think outside of the binary system of the Jedi and the Sith, the powerful and the powerless, in a way that Anakin could never do. When Kylo Ren attempts to pull a Palpatine on Rey, he fails, because he fundamentally misunderstands what Rey wants. (Also, I'm not sure how negging works, but I know he's doing it too hard.) He asks her to leave the past behind and join him on the throne, but he's talking in the eternal manner of young men who want to overthrow the system just to recreate it and put themselves on top. You can change the names of the players all you like, but it's still the same power hierarchy. Kylo Ren, like Anakin before him, has decided that the answer to his problems is unlimited power. If you were strong enough, their fears and manipulative masters tell them, you could stop anything bad from happening to you.

But Rey isn't interested in acquiring power in order to make others kneel and herself mighty. What Rey want is to find where she belongs. She's hoped her whole life that knowing the truth about her parents (or, given her denial, knowing a better truth about her parents) would fill in all of the gaps, even after she's counseled to stay in the present by Maz Kanata. But no matter how desperate she is, she understands intuitively what Rose says at the end of The Last Jedi: "We're going to win this war, not by fighting what we hate, but saving what we love." Anakin and Kylo Ren have been taught to hate their fears and struggle against them constantly, to everybody's detriment; Rey ultimately accepts her fears and embraces what she loves.

You can read the full article, which has a lot more great analysis, over on SyFy Wire.

Before returning to her mom's home for a few weeks, my daughter taught Electra to sleep in her bed…while I was asleep in mine. In an effort to maintain the housebreaking while acknowledging and encouraging my daughter's canine liberation efforts and subterfuge, I will be sleeping with the puppy in her room until it can […]

A bunch of comedians teamed up to try and flip the US Senate. Full of disgusting and terrible traitors to democracy, the US Senate needs some change. STAND UP 4 AMERICA TO USE ORIGINAL MUSIC AND COMEDY VIDEO CONTENT TO RAISE FUNDS AND TURN THE SENATE BLUE IN NOVEMBER Jack Black, Moby, Keb' Mo' and […]