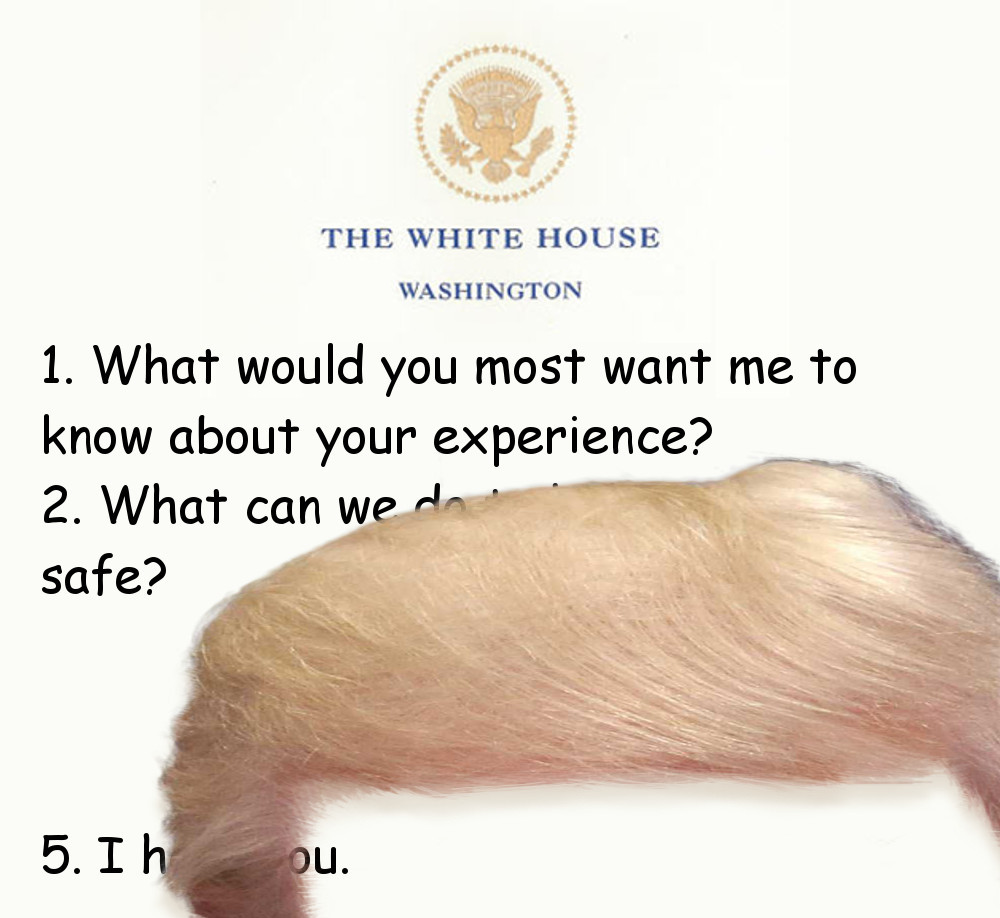 On Wednesday, President Trump met with mass-shooting survivors to dismiss their pleas for basic gun safety laws that might negatively impact gun manufacturers' profits by instead proposing stupid shit like filling schools with armed veterans and giving guns to teachers.

The President arrived clutching a set of five numbered notes on a piece of White House stationary, which he failed to adequately cover with his tiny little fingers, so that Getty photographer Chip Somodevilla was able to get a picture, revealing that the president had arrived ready to mouth the following empty phrases:

1. What would you most want me to know about your experience?

2. What can we do to help you feel safe?

(Phrases 3 and 4 were not visible, but are presumed to be equally vapid).

Trump's administration has repeatedly, inadvertently revealed its dumbass inner workings by holding documents print-side-out in the presence of press photographers.

Astute observers will also note that the president has apparently embroidered the number “45" into his cuffs, because sure, whatever.