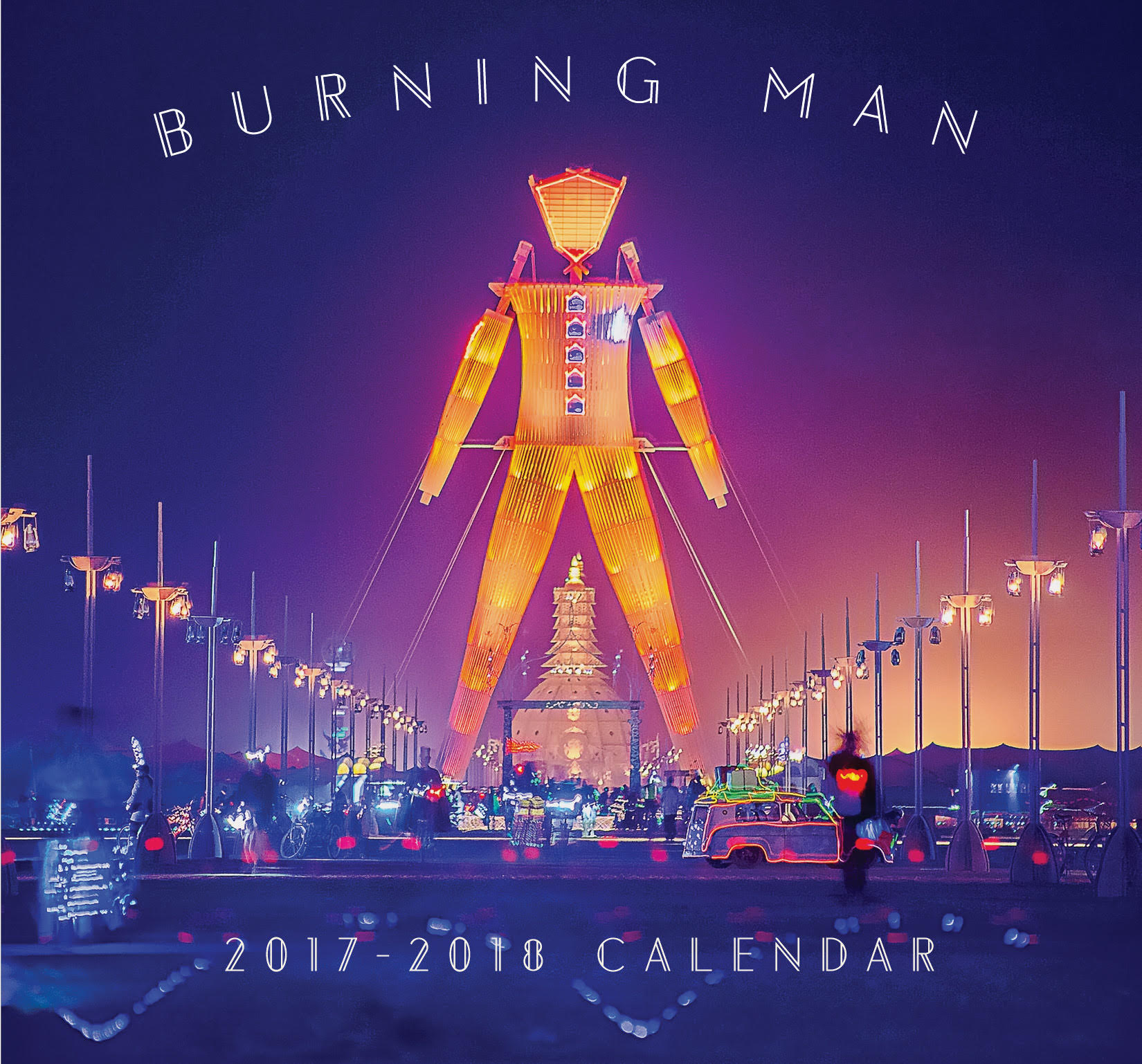 While some can only think of the Burning Man as a party in the desert, diehard Burners, its citizens, will tell you that it's much more than it. They'll tell you that it's a year-round community whose leadership is, amongst other things, determined to protect their unique culture from commodification. People looking to exploit the culture with "commercial sponsorships, transactions, or advertising" will promptly be shutdown. Amazingly, besides some coffee and ice, nothing at the annual Burning Man desert event is for sale.

In fact, decommodification is so important to them that they've made it one of their 10 Principles.

Now, I've been in the Burning Man community since 1995 and I've just learned this week that the Project does actually have one product for sale: a calendar. You can buy it online, like I just did.

Through a recent blog post on her site, I discovered that my pal Arin Fishkin has been the calendar's designer since its beginning in 2004. In the post, she not only shares the calendar's history -- highlighted by lovely sample pages of each year's edition -- but also tells why an organization that protects itself from commodification is selling it to begin with. She writes:

The funds from the purchase price go to producing the calendar which is primarily gifted to staff, volunteers, visiting dignitaries, politicians and….mayors. As I understand it, having items available for purchase is one way to claim and protect their trademark. So we make this beautiful thing, that is mostly given away, and mostly kept secret. Burning Man doesn’t tell their (my) community it’s out there, or how to find it...

I get it, advertising a product for sale is against what Burning Man stands for, the community of passionate citizens would have a dramatic and pyrotechnic response – and they’d be right. But I imagine they’d be psyched to have something to gift to friends who love the event, and especially those that will never step foot in Black Rock City.

Cat's out of the bag now. If you want to buy the only officially-branded Burning Man product out there, head over to Arin's site to learn how to get your hands on one (or more). Keep in mind that it's "Burn-to-Burn," so it's the 2017-2018 version that's available now.