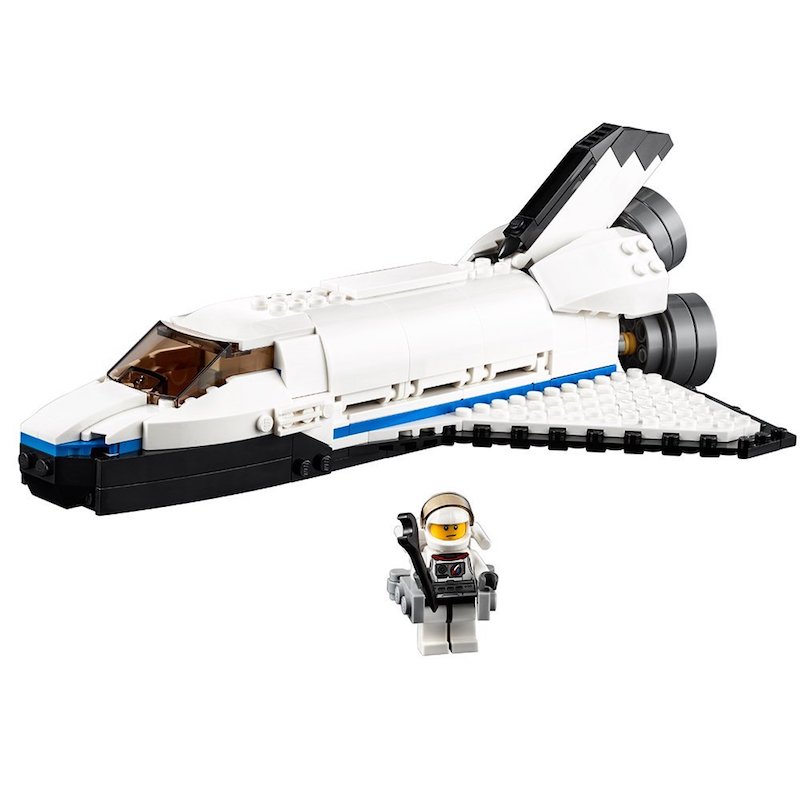 My daughter really loved the LEGO Women of Nasa set, so this $29 Space Shuttle was a no-brainer.

285 pieces and several recommendations for things to build other than a Space Shuttle.

LEGO says you are go with throttle up.