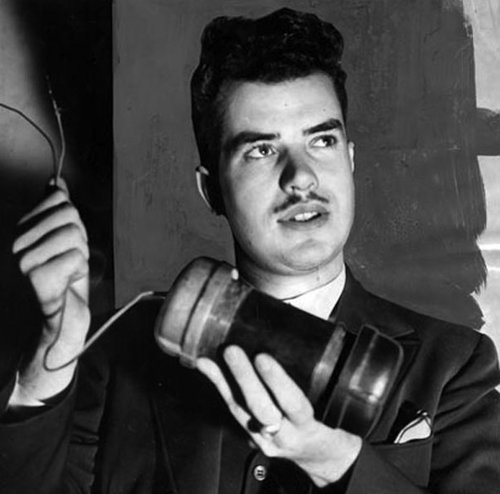 In light of the forthcoming Ridley Scott-produced miniseries on the life of U.S. rocketry pioneer, JPL co-founder, and occultist, Jack Parsons, it's wonderful to see this brilliant discussion of Parsons, at least the occult dimensions of his work, making the rounds.

On this Occulture podcast, host Ryan Peverly welcomes Boing Boing pal Erik Davis to discuss two significant academic papers that Erik has recently published about Parsons, "Babalon Launching" [PDF], exploring the odd interplay of techno-science and occultism in Parsons' work, and "Babalon Rising," which examines Parsons' relationship with the divine feminine and the form of witchcraft he was developing before his untimely death in 1952 in a home lab explosion. It is fascinating to speculate how modern witchcraft might have been different if Parsons' (and wife Cameron's) witchcraft had come to fruition in the early 1950s alongside Gerald Gardner's brand of Wicca. Erik and Ryan are joined in the discussion by Miguel Conner (host of Aeon Byte/Gnostic Radio) and Jeff Wolfe (Secret Transmissions).

If you are unfamiliar with Parsons, he's an extremely important figure in both the development of American/California aerospace and modern occultism. The best book on Parsons, the one the miniseries is based on, is George Pendle's Strange Angel. The book Sex & Rockets, by the pseudonymous John Carter, delves more deeply into the occult and hedonistic aspects of Parsons' life.