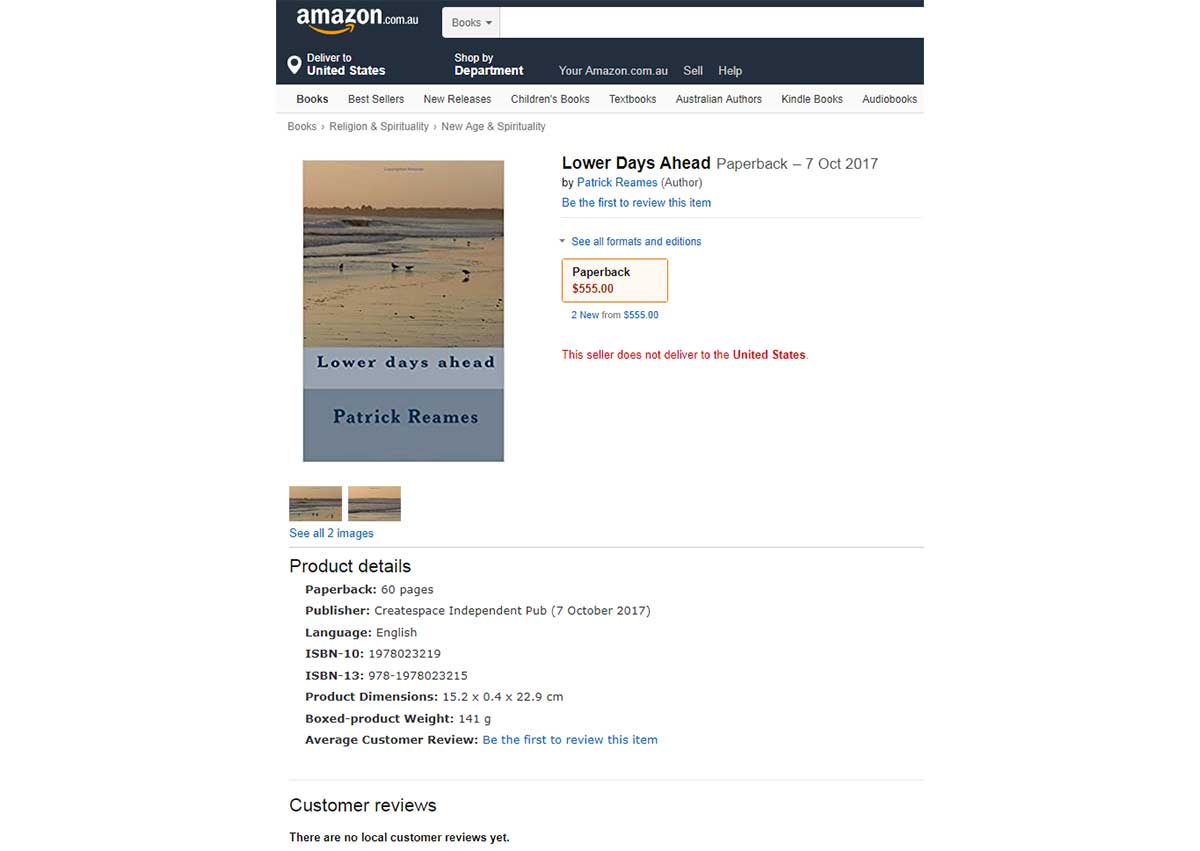 Lower Days Ahead is an Amazon print on demand paperback book filled with nonsense sentences, the kind found in spam email to make its way past Bayesian filters. The author is "Patrick Reames" but when Reames received a 1099 form from Amazon he made $24,000 selling the book he was surprised, because he didn't write it or get any money from the sale of the book. It's likely that criminals are using Amazon's print on demand program to launder money.

From Krebs on Security:

Reames said he suspects someone has been buying the book using stolen credit and/or debit cards, and pocketing the 60 percent that Amazon gives to authors. At $555 a pop, it would only take approximately 70 sales over three months to rack up the earnings that Amazon said he made.

“This book is very unlikely to ever sell on its own, much less sell enough copies in 12 weeks to generate that level of revenue,” Reames said. “As such, I assume it was used for money laundering, in addition to tax fraud/evasion by using my Social Security number. Amazon refuses to issue a corrected 1099 or provide me with any information I can use to determine where or how they were remitting the royalties.”