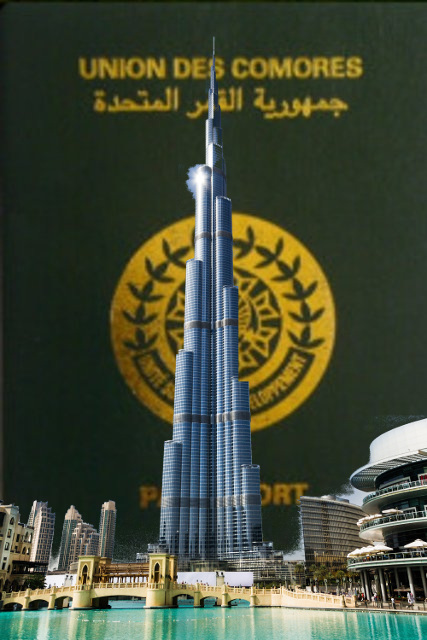 James Bridle (previously) is the latest contributor to The Atlantic's excellent series on the future of cities (Bruce Sterling, Molly Sauter, Adam Greenfield); in a new piece, Greenfield discusses the phenomenon of "virtual citizenship," and how it affects cities that are either turned into dumping-grounds for inconvenient poor people, or rootless, tax-dodging one-percenters.

It's an open secret that countries are willing to sell passports to the very wealthy -- notoriously, New Zealand sold citizenship to Peter Thiel, who is part of a wave of Libertarian preppers who fantasize about going to ground in the south seas when the poors rise up to tax the rich -- but I wasn't familiar with the phenomenon of Gulf States that trick stateless semi-enslaved laborers into becoming citizens of the obscure nation of Comoros, so they could be deported there when they agitated for human rights.

Statelessness and refugee crises have a powerful impact on the shape of cities, as does wealth inequality and looting.

For now, the weird enclaves of virtualized citizenship amount to an international, distributed version of gentrification—the urban scenario in which those with resources dramatically alter the social conditions in a city, with little benefit accruing to those who were there already, or cannot enter. The virtualization of citizenship mostly benefits those whose individual, state-sponsored sovereignty doesn’t match their personal wealth. At the same time, the same mechanisms that allow Chinese citizens to establish businesses in Estonia and legal residency in Cyprus, and thus the EU, also disempower and marginalize the stateless populations of Emirati Bidoon and Syrian refugees.

In principle, nothing would prevent the Estonian model from being generalized to other guarantors of state protection, including wider legal rights and health care, which are of more concern to the less fortunate. Estonia already runs its citizens’ health-care registry on the blockchain—the cryptographic record that underlies Bitcoin, but that can be applied beyond currency transactions to verify the authenticity of a record via computational “proof of work.” Blockchain health records allow both patients and medical practitioners to access and review their data, while securely tracking who has access to it. Independent groups are following suit, with start-ups such as Bitnation proposing a “peer-to-peer voluntary governance system” to replace the arbitrariness of birth as the decider of one’s citizenship. Blockchain governance could allow for the creation of virtual citizenship and autonomous communities distinct from territorial nation-states.