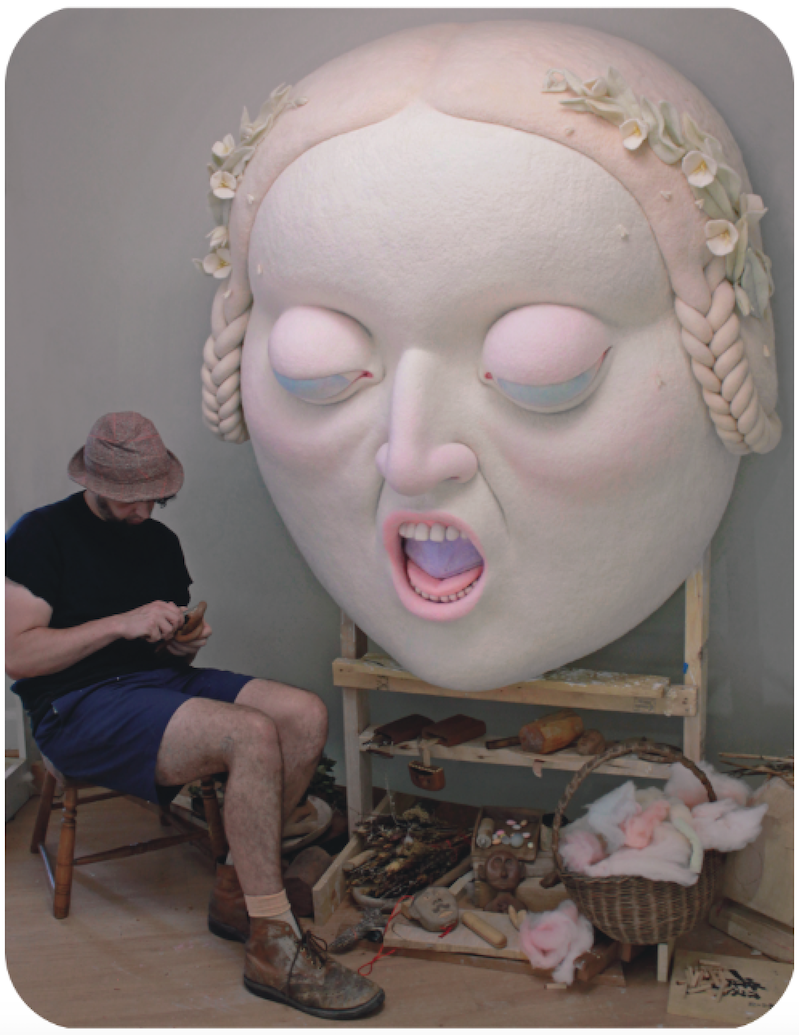 As an artist, I draw from the deep waters of the human sub-conscious, visiting a landscape of dreams to retrieve ideas and characters that form the basis of my sculptural work. My sculptures present a contrast between the familiar and the foreign, the inviting and the unsettling. Oftentimes this contrast is found in the relationship between two characters within a sculpture. In many of my pieces, characters find themselves locked in a power struggle with symbolic and totemistic animals. In other instances, this contrast is found within individual characters, as they find themselves at odds with their own identity. I frequently use masks in my work as a symbolic device to convey the theme of contrasting identities. I particularly enjoy reversing the traditional concept of the mask, using the calm and serine face as the mask, which is removed to reveal a monstrous face beneath.

In case you didn't notice, the figure has someone nestled in the mouth:

Here's a closeup of the toad. I didn't want this element of the sculpture to be instantly noticeable, you have to bend down a little to discover him, and there he is...waiting for a passing moth. #sculpture #wip