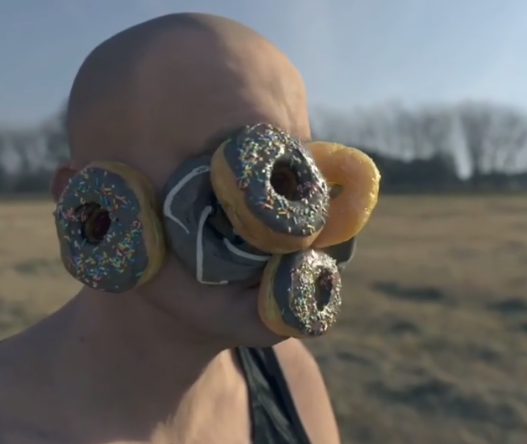 Animation studio Aloe Design uploaded this cool but unsettling video of donuts flying towards a man’s face before the laws of physics suddenly change:

Even the caption for the video evokes an eerie sci-fi world:

The fifth field test was a success. The device attracted stray donuts directly to his face. There were still a few minor kinks to work out, but the idea was brilliant.