On tumors, MRIs and telepathy: Mary Lou Jepsen on the future of devices that could read images from our brains 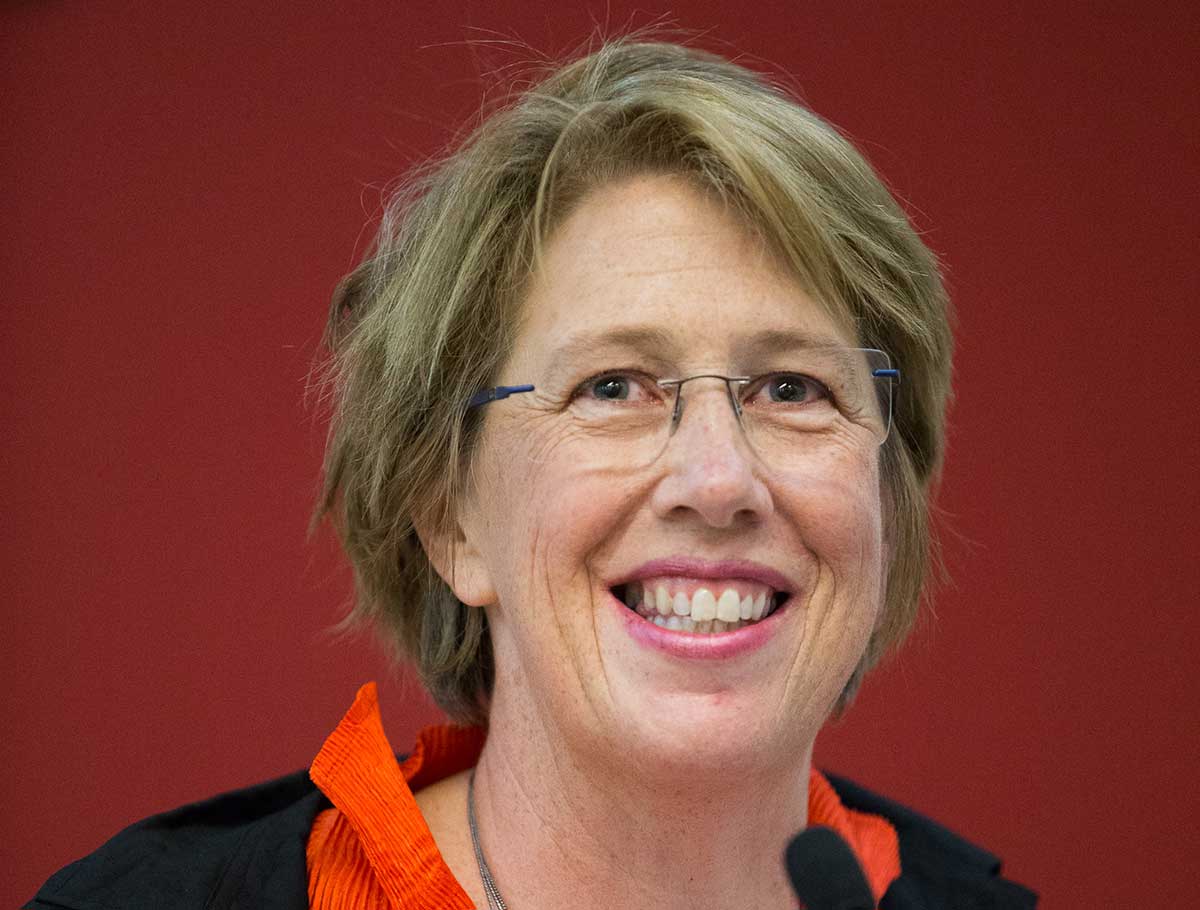 Mary Lou Jepsen was finishing her PhD work in holography at Brown University when she started getting sick. Really sick. After a year of steady decline, she was living in a wheel chair and covered in sores. When she could no longer do simple subtraction in her head, she called it quits. She basically went home to die.

That was when a generous professor sprung for an MRI. It revealed a brain tumor – one which had probably afflicted her more subtly since childhood. Shortly after a successful operation, she was firing on all cylinders. Within six months, she completed her Ph.D. and cofounded her first startup. She has since started two more companies; worked in the top engineering echelons of Intel, Google, and Facebook; served briefly as a professor at MIT; and cofounded the One Laptop Per Child initiative.

Impelled by her searing personal experience, Mary Lou is now honing a technology which, she believes, will revolutionize high-end medical imaging. Accessing this is problematic enough in the US, with its 50 MRI machines per million people. But there are just two machines per million Mexicans, and poorer countries may have just one system in the capital city – if that. And with scans averaging about $2,700, even lavishly-insured Americans might be inadequately monitored. MRIs are more effective than mammograms at detecting certain types of breast cancer, for instance. But expense precludes their use as frontline diagnostics.

Mary Lou believes her technology will be 99.9% cheaper than MRIs (that’s an actual estimate, not a euphemism); radically smaller (the size of a ski cap, not a bedroom); and that its resolution will exceed that of MRIs by a factor of a billion. Yes, that’s an actual “b,” not a typo. And the really cool thing? Her creation might also enable telepathy.

If your mind rebels at the scale of these claims, reread Mary Lou’s credentials, then give my interview with her a listen. You can hear it by searching “After On” in your favorite podcast app, or by clicking right here:

Mary Lou based her technology on insights gleaned over years in the flashy, but depopulated field of holography. She learned that when light scatters, it’s not a random process – and in certain cases, it’s a reversible one. Translucence scatters light. And though our bodies are opaque to most visible light (and transparent to X-rays and other frequencies), anyone who’s pressed a flashlight to a palm knows that a red glow of translucence emits from the other side.

Things get more translucent – and more interesting – with the invisible light of the near-infrared spectrum. Flood someone in near-infrared light, and a tiny minority of rays will pass through unimpeded, like X-rays (this is known as “ballistic light”). The other rays will scatter in ways that Mary Lou says can be reversed, using phase conjugation - a transformation associated with holography. And this, she maintains, can let smartphone-grade sensors grab enough data to reconstruct 3D images of the intervening tissue, displaying details clear down to the micron scale.

Here’s where telepathy comes in. Neurons range from 4 to 100 microns in diameter. This makes them invisible to MRIs, CAT scans, PET scans – pretty much anything other than a scalpel and a microscope. But Mary Lou’s technology could monitor them, if it delivers on its maximum promise. Add some clever machine learning, and the system could closely infer what those neurons are contemplating.

Even with its billion-times-lousier resolution, today’s technology can pull off some wicked mindreading tricks. UC Berkeley’s Jack Gallant built a system that generates grainy images of what people are seeing just by reading real-time fMRI data from their brains. The catch is that to calibrate the system, subjects first have to spend hundreds of hours watching YouTube videos in a claustrophobic MRI tube (the things grad students do for their professors…).

But clunkiness and hassles tend to melt in the face of billion-X improvements. And Gallant’s work is already plenty eerie, as you can see at timestamp 6:16 of Mary Lou’s TED talk from a few years back. This doesn’t necessarily mean a cap made of infrared LCDs and sensors will pull an HDTV-quality signal straight from your visual cortex. But Mary Lou sees no reason why it cannot, someday. And her company, Open Water, plans to demonstrate its technology later this year.

Might all this raise an ethical issue or two? To quote a one-time would-be VP, yooooou betcha! Indeed, Mary Lou decided to leave Facebook and develop her technology independently, so as to enable an open discussion of its ethical ramifications long before shipping the 1.0 version. This just isn’t possible in a large-company setting of skunk works and NDAs.

Facebook skeptics may be relieved that Mary Lou’s mind-reading rig is not part of that company’s IP. But don’t rest too easy. Last year, Berkeley telepathist Jack Gallant was recruited by Facebook to work on its “typing by brain” project.