Why neuroscientist David Eagleman thinks we live in the past 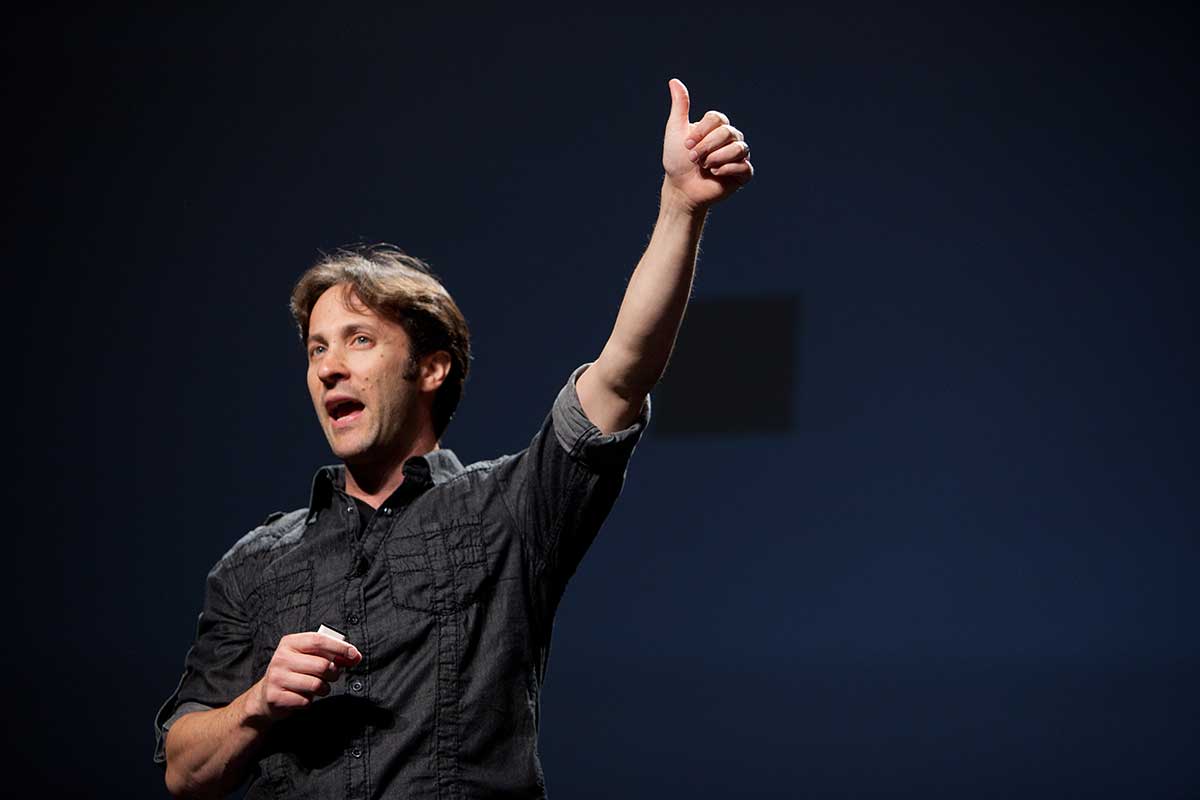 When David Eagleman was a kid, he and his friends infiltrated a nearby construction site. Soon enough, he was tumbling three stories to the ground. The fall seemed to take an eternity! But years later, he did the math in a high school physics class, and realized that it lasted a smidgen more than a half second.

Later still, he landed a gig as a neuroscience professor and started investigating this phenomenon. His experiments involved hurling test subjects off a 150-foot tower in Dallas (yes, there was a net), and probing their perception of time during the fall. His conclusion: time doesn't actually slow; it just seems too – because when our lives seem imperiled, an extra track of memory is laid down by the amygdala (the part of the brain whose duties include freaking out). When survivors look back, a higher density of memory is misinterpreted as a longer interval of memory – creating the illusion that time slowed during the frightening incident.

David Eagleman is my guest in this week's edition of the After on Podcast, and you can hear our hour-long conversation by searching “After On” in your favorite podcast app, or by clicking right here:

David's insights into our experience of time go far beyond the amygdala’s trick of making our worst moments seem to last forever. Among other things, he believes that we quite literally “live in the past” by a few moments, due to the brain’s trick of stitching together a cacophony of asynchronous input into a unified story. His rationale and evidence for this is fascinating, and too complex to lay out in a short article. So if this interests you, please consider listening to our interview.

In it, we also discuss the phenomenon of “sensory substitution.” This is what enables those who lose access to one sense to develop high acuity in other senses (blind people who develop extraordinary powers of hearing, for instance).

Three years ago, David left academia to develop hardware to leverage this phenomenon into the creation of new senses for humans. These could include magnetoperception, which many birds use to navigate; or electroperception, which sharks (and other critters) use to track their prey. It might also enable the creation of entirely synthetic senses – like an ambient awareness of developments throughout a factory, or in a market.

David and I discuss his TED talk in our interview, and it’s definitely worth watching.