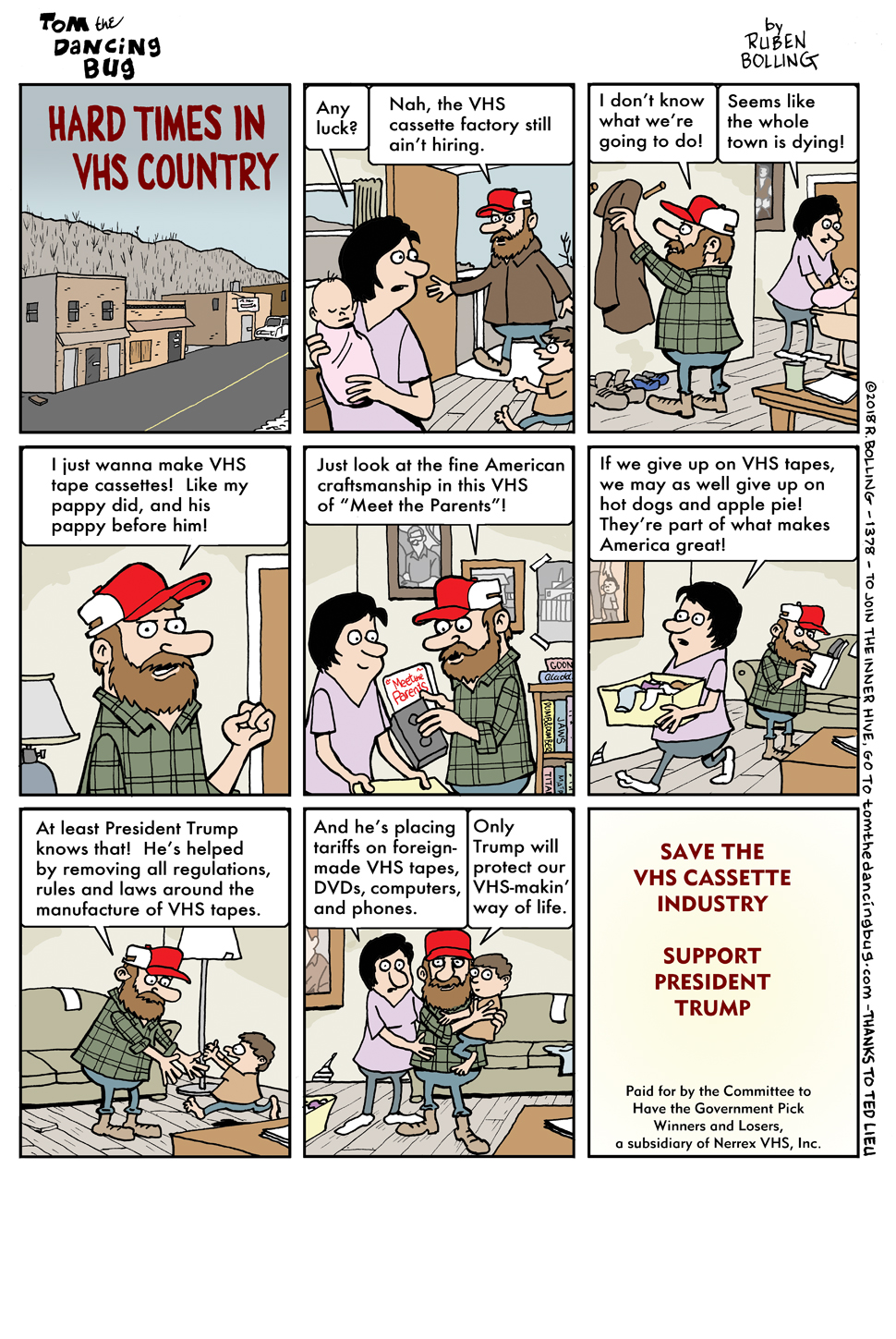 Tom the Dancing Bug, IN WHICH, even though techonology has moved on, the government tries desperately to save the VHS cassette-makin' way of life.

Join Ruben Bolling at An Unlikely Story, in Plainville, MA this Friday, March 9, where he'll be joined by Jeff Kinney (Diary of a Wimpy Kid), and talk about comics, his hit kid's book series, The EMU Club Adventures, and the real-life monster that made him an author. Info here.