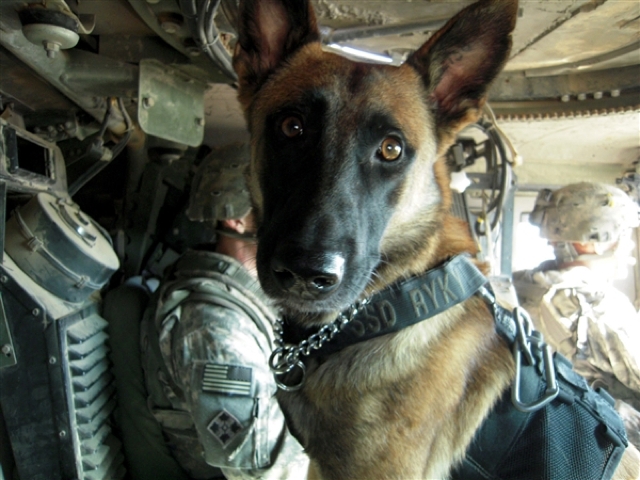 A war hero who saved American lives under fire deserves the best care our government can muster. It's the very least they deserve for bravely serving overseas. Unfortunately, not all soldiers returning from active duty have been paid this respect. Nor have the canine soldiers in their ranks.

Reuters reports that the the United State Army has admitted to mishandling its retired war dogs.

In a report released last week, it was revealed that many of the good puppers, who served overseas protecting service personnel, have been left to live in kennels for up to 11 months – well beyond the deadline for them to be adopted or re-upped for government use. The report stipulates that many of these dogs were mistreated through a "lack of care and attention," making it necessary to put many of the animals down. It gets worse: the doggos who were adopted may have gone to the homes of unscreened individuals –mismatching a war pup with the wrong owner could mean that it doesn't have the room it needs to exercise or could wind up with small children who stand a chance of being bit. In some cases, soldiers who wanted to adopt the dogs that they'd worked with overseas were told that they had no right to do so.

For its part, having been caught red-handed on this bullshit, a Department of Defense spokesperson has assured Reuters that the U.S. Army is now taking better care of the animals. Too bad that a bunch of loyal, obedient dogs had to suffer first before the Army could get their shit together.

Image via U.S. Department of Defense