The psychedelic nightmares of the pop-up Necronomicon 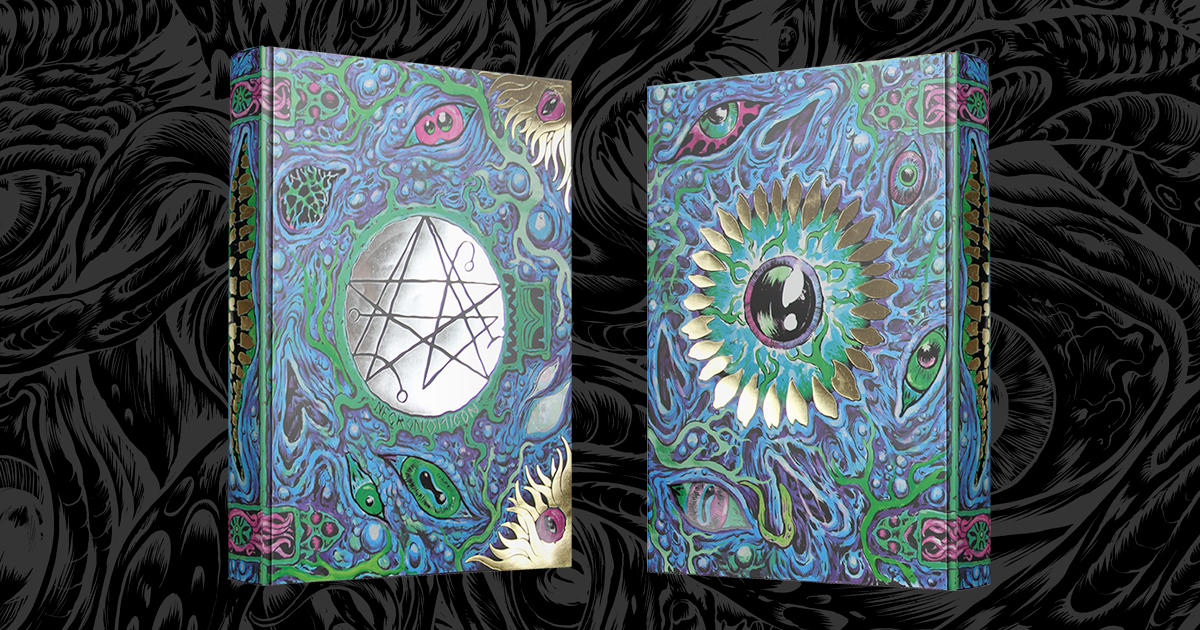 I'm a big fan of Oakland psychedelic artist, Skinner. Back in 2016, I posted here on Boing Boing about his incredible animated video for High on Fire's "The Black Plot."

I also love the work that pop-up book artist, Rosston Meyer, is doing with his Poposition Press. Last year, I did a review of his collaboration with Japanese pop artist Junko Mizuno, for her book, TRIAD.

So, imagine my excitement when I heard that Meyer and Skinner were collaborating on a pop-up book illustrating scenes from the works of H.P. Lovecraft. The resulting tome is truly a mind-twisting artifact. Skinner's Necronomicon renders five scenes from Lovecraft's The Dunwich Horror, The Shadow Out of Time, The Call of Cthulhu, At The Mountains of Madness, and The Colour Out of Space. Each pop-up spread also contains two quotes from the work that drop down from the outside edges of each page. The whole effect is one of wonder, high-weirdness, and the kind of eyeball-popping, slavering insanity you would expect of anything associated with Lovecraft. And Skinner.

Here is a video tour of the book from the Best Pop-Up Books YouTube channel.

You can order Skinner's Necronomicon directly from Poposition Press.

The Art Nouveau movement was started in response to a rapidly-changing — and in the eyes of artists, ugly — world. So it makes sense that the San Francisco artists designing rock posters, album covers, and the like in the 1960s would crib Art Nouveau’s distinct style. They were responding to their own rapidly-changing, and […]

O.Z.O.R.A. Festival is billed as a psychedelic tribal gathering in Dádpuszta, Hungary. Their website splash page is a gorgeous infinite gif that you can set to trance or chill music.

FutureDeluxe created this gorgeous series of procedural animations, physical light, and projection based experiments, all of which is shot in camera. It feels like a dose of mushrooms that only lasts one minute.