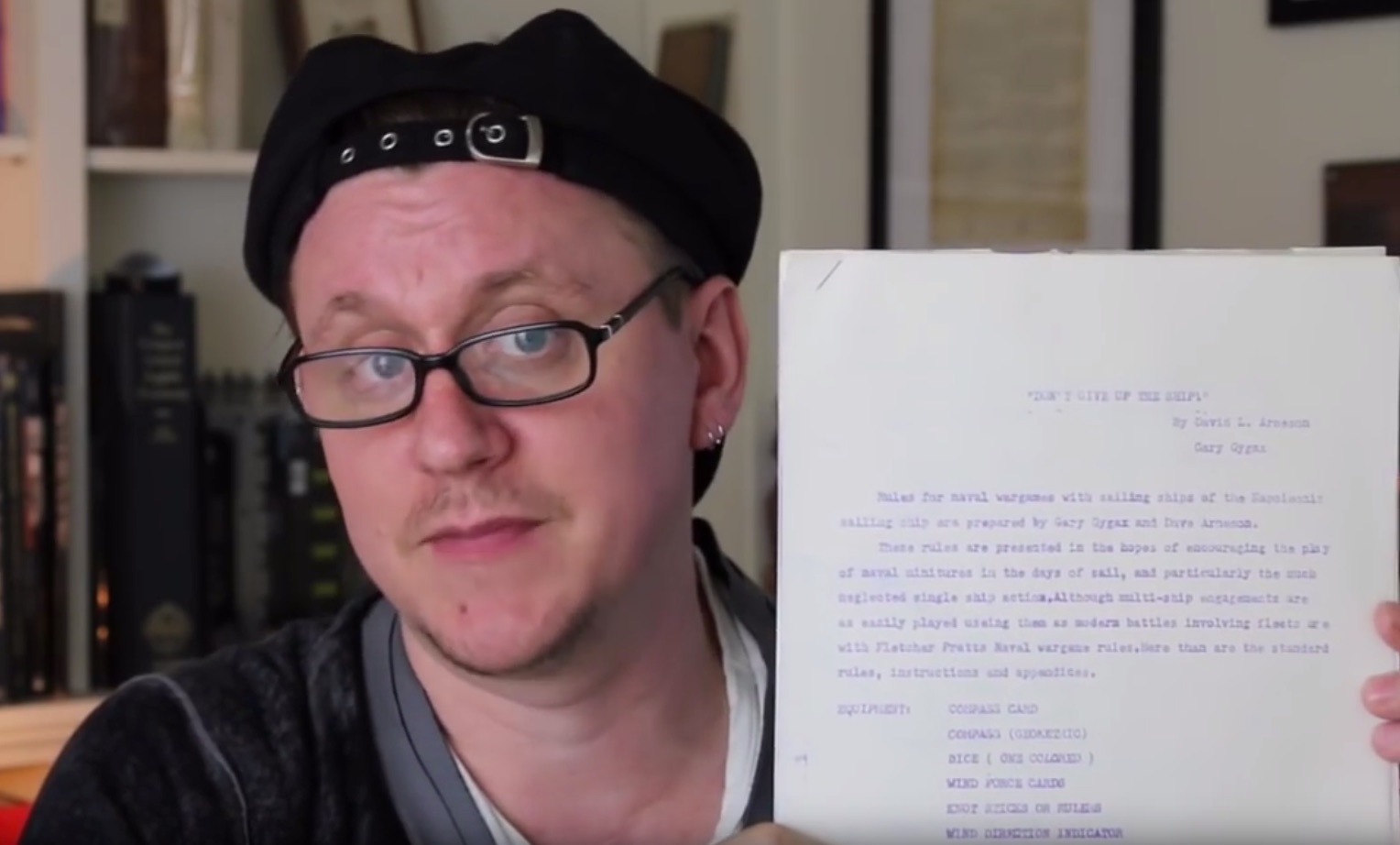 I am a huge fan of Jon Peterson's beautiful doorstop of a tome, Playing at the World, an exhaustive history of D&D, RPGs, and wargames. So, I was delighted to discover his YouTube channel. Even though he only has a few videos on it, I found them all very interesting.

In "A History of D&D in 12 Treasures," Jon looks at 12 artifacts (I assume from his personal collection) that help in understanding the early development and history of D&D. It it so cool to see early correspondence between Gary Gygax and Dave Arneson, early newsletters, rules for pre-D&D games that influenced D&D, and of course, the first printed, 3-booklet edition of Dungeons & Dragons.

In this video, Jon sits down with fellow D&D history nerd, Bill Meinhardt, to go through the early boxed set editions of D&D to discuss how you can tell which printing is which.