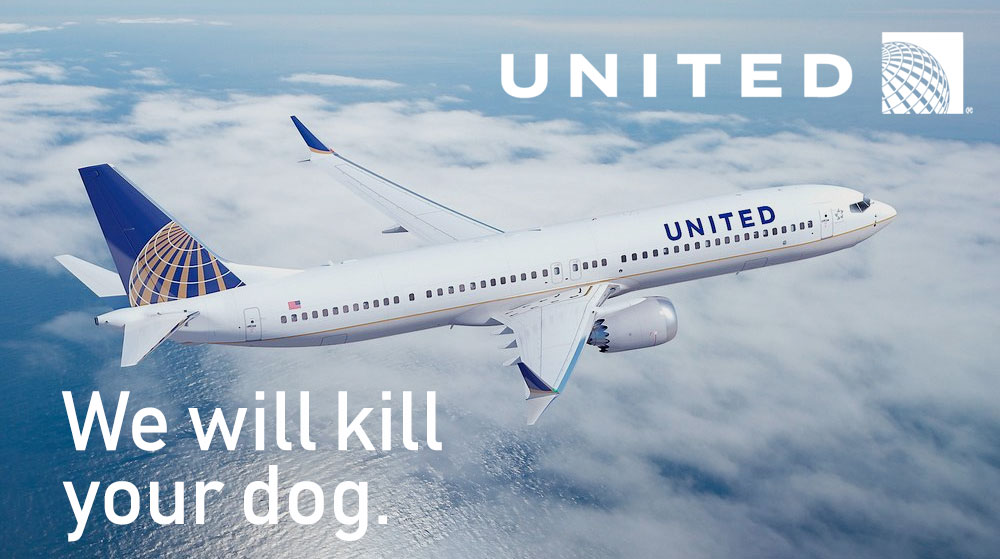 A puppy died on a United Airlines flight Monday after "an attendant forced the animal’s owner to put the pet in the cabin’s overhead bin."

The airline has admitted this characterization of events and claims to be "taking full responsibility." Another passenger who saw what happened to the 10-month old French Bulldog posted a heartwrenching blog post about it; note that their post includes a photo of the dead puppy.

On United Flight 1284 from Houston to New York on Monday, a woman who was flying with children and a small dog was pressured by a flight attendant to put her dog in overhead storage during the 3-1/2 hour flight.

According to fellow passenger Maggie Gremminger, the woman wanted to keep the dog, which was in a small carrying bag, under her seat, but the flight attendant insisted that she put the animal overhead.

“At the end of the flight, the woman found her dog, deceased. She sat in the airplane aisle on the floor crying, and all of surrounding passengers were utterly stunned,” Gremminger wrote in a series of tweets alongside a picture of the woman and her children.

The family was refunded its $125 pet cabin fee.


•
United Airlines bars girls in leggings from boarding flight: they're "not properly clothed"

A United Airlines flight traveling from Munich, Germany to Newark, NJ had to make an emergency landing at London Heathrow Airport after several passengers complained of feeling light-headed and nauseous after food was served. Paramedics came on board and took one passenger off the plane. According to American Council on Science and Health: One individual […]