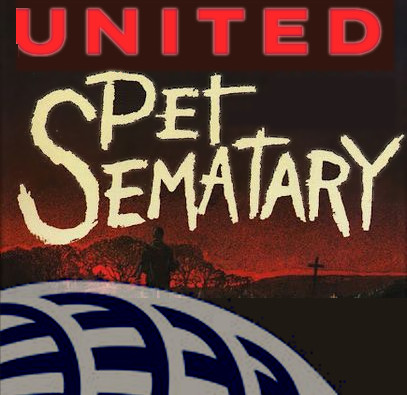 United Airlines has repeatedly attained viral fame for its mistreatment of its passengers and their belongings, and has even dabbled in pet murder, but now the airline has crossed another item off its worst-airline bucket-list, murdering a passenger's puppy by insisting that a dog-carrier be stored in an overhead locker during a 3.5 hour flight, despite having received a $125 cabin pet fee and despite the carrier fitting comfortably under the seat.

According to fellow passenger Maggie Gremminger, the woman wanted to keep the dog, which was in a small carrying bag, under her seat, but the flight attendant insisted that she put the animal overhead.

“At the end of the flight, the woman found her dog, deceased. She sat in the airplane aisle on the floor crying, and all of surrounding passengers were utterly stunned,” Gremminger wrote in a series of tweets alongside a picture of the woman and her children.

I want to help this woman and her daughter. They lost their dog because of an @united flight attendant. My heart is broken. pic.twitter.com/mjXYAhxsAq