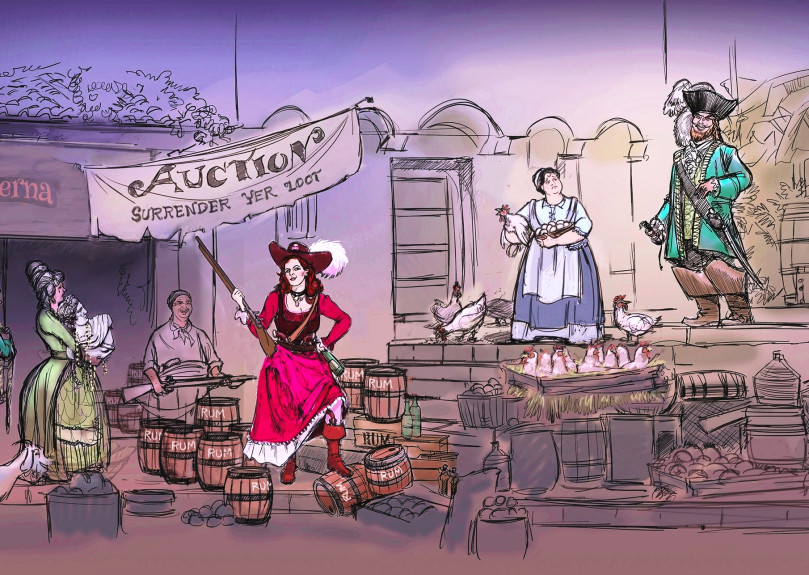 The Pirates of the Caribbean was the last ride Walt Disney personally supervised; it has undergone many replications and revisions over the years, but last year Disneyland Paris removed the "Buy a Bride" scene, in which we are treated to a lighthearted human trafficking auction in which captured women are auctioned to pirates as "brides."

I grew up with that scene and never thought much of it, until I did, and then I was horrified. For a decade or so, I've wondered how long a celebration of sexual slavery was likely to endure.

Now, Disney has announced that it will close the Disneyland version of Pirates on April 23 to remove the scene. It will be replaced with a scene in which the "redhead" is a pirate overseeing a bit of plunder.