Map of the dark web 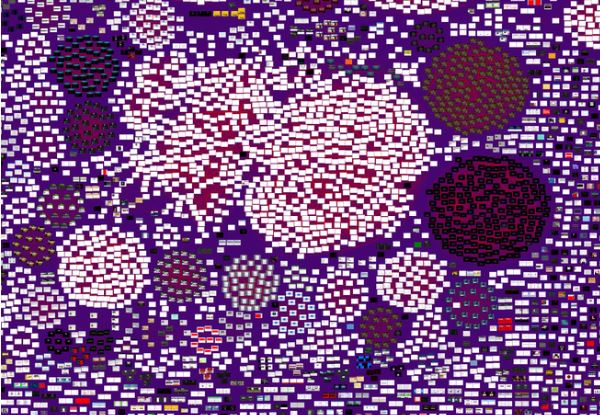 The so-called dark web is now so big that mapping efforts are afoot. It feels a bit like the web in the 1990s! The creators explain:

The Dark Web Map is a visualization of the structure of Tor's onion services, a.k.a. hidden services, a.k.a. the dark web. The map consist of 6,608 dark web sites crawled during January 2018. Each site is represented in the map as a screenshot, and sites with structural similarity are connected with a line. Groups of sites that are all similar to each other are arranged into clusters. You can move around the map and zoom in to areas of interest.

Being a Tor author is pretty swell. (Thanks, Patrick!)

Even if you block cookies, many sites still track you with "browser fingerprinting," that use the unique combination of your screen resolution, browser and OS version, installed fonts and plugins, and other data that allows you to be reliably identified between sessions and across sites.