Caped one-percenters: how superheros make out like bandits under the Trump tax-plan 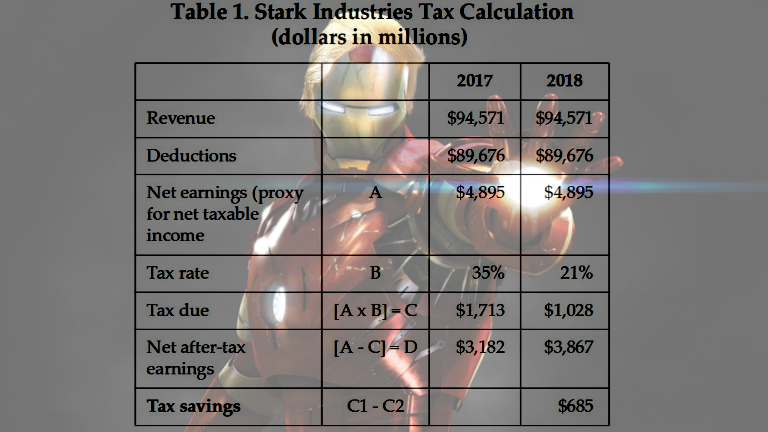 Tax lawyer Jed Bodger has publised an analysis in the journal Tax Notes detailing the expected gains for superheroes under the Trump tax plan.

It's a reminder that America's imaginary heroes are mostly ultra-rich one-percenters -- even so,the sheer number of heroes who benefit from a credit for private plane ownership is a bit croggling. And then there are the heroes who also run huge swathes of the military-industrial complex, the owners of companies like Stark Industries and Wayne Industries.

There's even a "little person" who gets a little benefit: Peter Parker's Aunt May gets a couple of years' worth of tax relief, $6901, but that will go away shortly and she'll be expected to do a lot more with much less in the form of social services. Still, it's worth it to make sure that Tony Stark gets $685m/year in tax relief.

Nelson and Murdock (Daredevil) are perpetual bachelors and best friends, as well as graduates of Columbia University School of Law. After graduation, they formed the law firm Nelson & Murdock, of which they are the principal partners. For the sake of this discussion, let’s assume that Nelson and Murdock each hold a 50 percent interest in firm profits.

(via Law and the Multiverse)