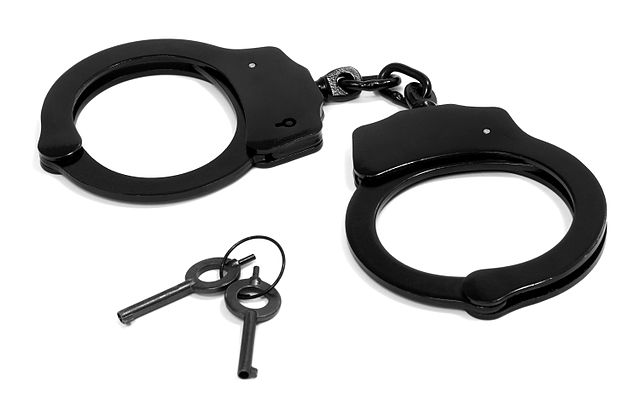 Antoine Trépanier is a reporter for Radio-Canada: it's the French language farm of the Canadian Broadcast Corporation. Think PBS, only Beyond the Wall. Recently Trépanier was covering a story about a manager from a high-profile NPO falsely representing herself as a lawyer. Just another day in the dry-as-a-popcorn-fart world of public broadcasting. He called this individual, Yvonne Dubé, the executive director of the Big Brothers Big Sisters chapter in Gatineau, Quebec, to see if she'd be interested in sitting for an interview. She was down with the idea, or so it seemed. She cancelled the interview at the last moment. Trépanier emailed her, explaining that Radio Canada was going to run the story on his investigation. He wanted her to have the opportunity to comment on the allegations being leveled against her.

The next day, the Gatineau police dropped by to arrest Trépanier for criminal harassment.

According to the CBC, The Crown (our Queen-loving version of a district attorney) hasn't decided whether the charges will make it into court. The story of Trépanier's arrest touches on the topic of where the right of a journalist to contact a source ends and the rights of a source begin. It's an important issue: How much does the public's right to know about a topic that could effect their lives matter versus an individual's right to privacy? Should the rules for this be different if the individual in question holds no public office? Where are the lines drawn? A great American example of this issue can be found in whether American citizens have the right to see President Trump's tax returns from before he took office.

As a tech journalist, I don't have to worry too often about pissing in someone's cornflakes. More often than not, companies want to talk to me and show me all of their new toys. I've always felt that journalists reporting on hard news do a more important job than I do. That what they uncover matters more than my telling you whether a smartphone sucks or not. It's my feeling that they deserve the highest levels of access possible, where the public trust is concerned.

What's your take on it?