Google Earth image of crashed UFO may not be that 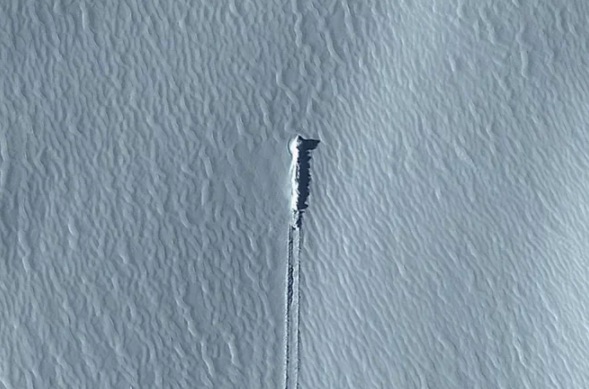 This Google Earth image of Antarctica's South Georgia Island depicts either a UFO that crashed and skidded across the snow or a hunk of ice that rolled along after an avalanche. According to this YouTube video from Secureteam, with 2.5 million views, it's definitely the former. Keele University physical geographer lecturer Richard Waller suggests it's the latter. Below, a zoomed-out view of the area. (Space.com)

Previously: Another UFO found in Google Earth image of Antarctica