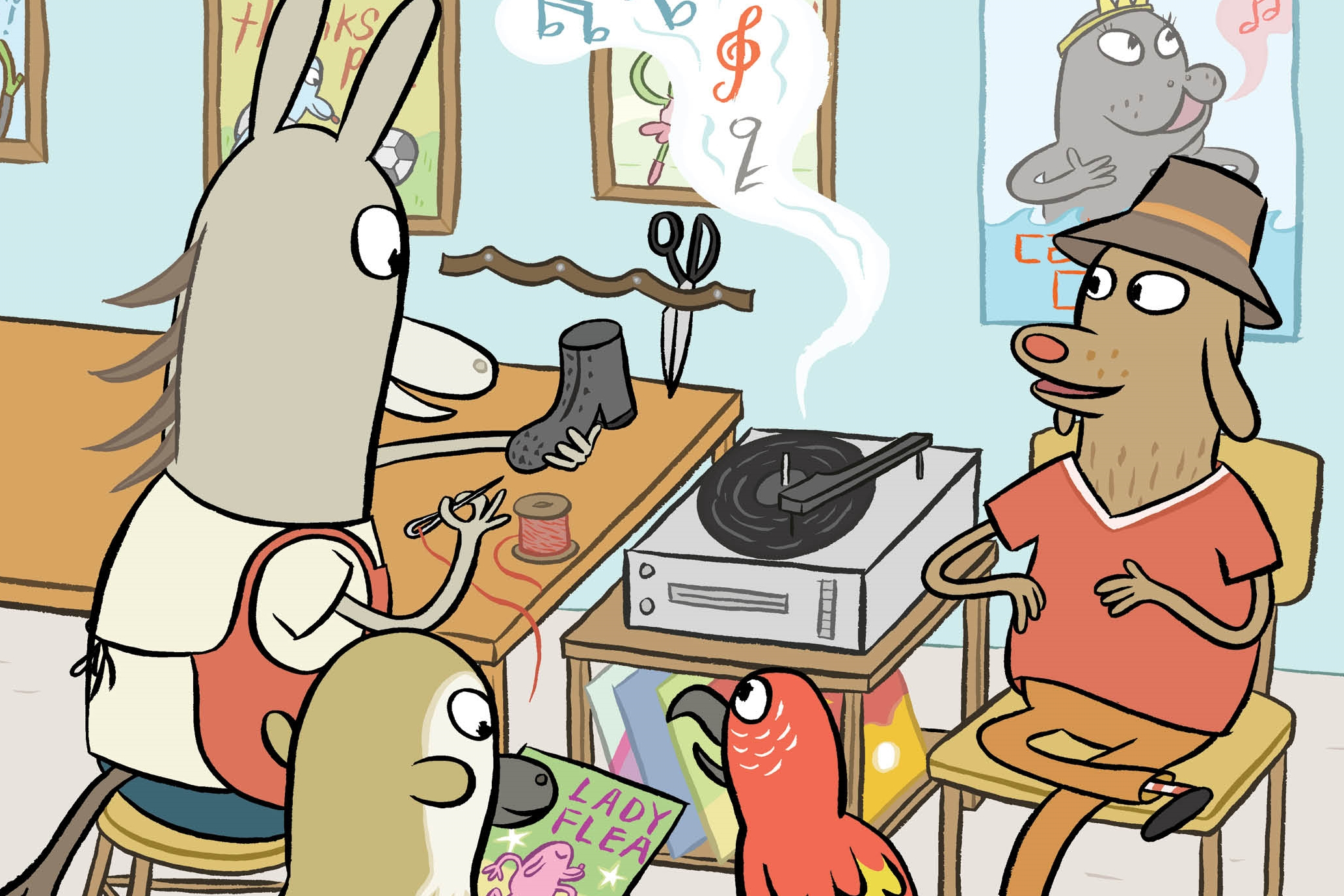 Francis the donkey has realized his lifelong dream of becoming the shoemaker in his little Guyanese town. His animal friends are key to his creations: Nigel the squirrel monkey harvests tiger-grass, the neighborhood chickens weave it into strong cloth, and Francis crafts it into the most beautiful shoes in the nation, embroidered with beautiful illustrations and decorations.

Francis's fame spreads, and Miss Manatee, the nation's beloved queen of calypso, sends her manager to commission a special pair of shoes. Overjoyed, Francis goes to find Nigel and procure his tiger-grass, but Nigel is nowhere to be found. Francis and Rhoda the parrot set off for the jungle to find Nigel, equipped with books about the animals of Guyana's jungles, so Francis will be able to inform himself about the new friends he makes (and stay away from predators).

Francis and Rhoda's journey acquaints them with many wonderful creatures and a virtual larder of wild fruits and vegetables to snack on, each beautifully rendered and delightfully imbued with character. When they finally discover Nigel, they learn a dark secret about their dear old friend.

Varon's deceptively simple kids' book is simultaneously a primer on biology, a redemption tale, a road-trip story, a buddy story, and a celebration of crafting and creative problem-solving. It is imbued with so much charm and sweetness that it will capture young readers (and their grownups) from the first page -- it's destined to be a beloved favorite for any of the young people in your life you give it to.