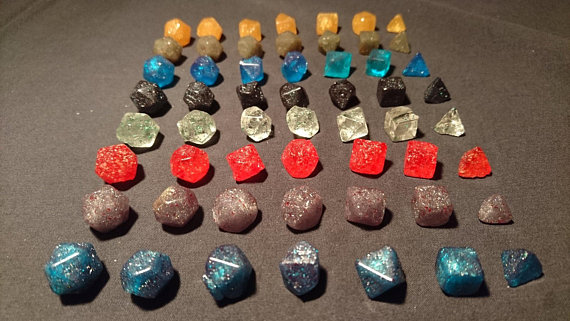 German pastry chef, gamer, cosplayer, and Twittizen, Sonja decided to make a batch of edible candy RPG/polyhedral dice. She posted pictures on Twitter and all the nerds came running to her yard. Realizing she might have a hungry market on her hands, Sonja has quickly opened up an Etsy store, the cleverly-named, Sugar and Dice.

Batches of the dice are Isomalt sugar and are edible. They can either be "eaten as a hard candy bonbon or dissolved into a hot cup of tea or coffee." Sonja points out that they are not balanced and not perfect on all sides, so they can't really be reliably used in gaming.