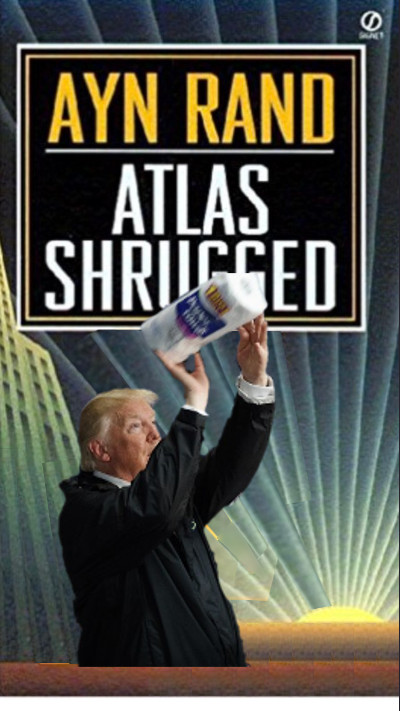 Naomi Klein's l(ooooo)ongread in The Intercept about the state of play in Puerto Rico is the comprehensive summary of the post-Maria fuckery and hope that has gripped America's colonial laboratory, the place where taxation without representation, austerity, chemical weapons, new drugs, and new agribusiness techniques get trialed before the rest of America are subjected to them.

Puerto Rico has experienced centuries of fuckery, including a brutal anti-independence regime that murdered and jailed American citizens for waving a flag, peacefully protesting, and pure speech acts in which factual recitals of the state of Puerto Rico became crimes.

The fuckery never stopped. After being colonized for medical experiments, chemical weapons experiments, and agribusiness experiments, Puerto Rico was colonized for financial experiments. First the island offered short-term tax incentives for businesses to locate there (the dubious benefits of this were wiped off the ledger and converted to deficits when all the businesses left the island after their tax holiday ended); then the island floated tax-free bonds that rang up massive debt; then came even shittier bonds with predatory interest rates that ballooned to 785%-1000% after their teaser rates expire. The Puerto Rican government was stripped of its power to govern in favor of an appointed board of finance industry execs whose job was to ensure that those bonds got serviced, at any expense -- including the shuttering of critical state institutions and the sale of state assets (often at sweetheart rates to their friends).

Puerto Ricans had just about had enough in 2017, and waves of protests and uprisings shook the island, stemming the tide and showing a solidarity that put the whole neoliberal project in jeopardy. Then Hurricane Maria hit.

You may remember what a piece of fuckery that was, but let me refresh you: there was the two-person company that employed a Trump cabinet member's son, who were awarded a $300,000,000 contract to rebuild the island's shattered power grid; the anonymous mercenaries who flooded the city streets; the not-even-trying spin-doctoring by Trump officials; Trump's war against local officials who stood up to him; the official indifference and incompetence, culminating in the paper towel incident, which is by no means the cruelest fuckery, but possibly the most emblematic.

(Naturally, elected Republicans rejected the Warren-Sanders plan to provide $146B in aid to Puerto Rico and the Virgin Islands.)

In the wake of Maria, in the face of seemingly deliberate governmental indifference, community organizers, anarchists and socialists stepped in to fill the void, laying the ground for a new Puerto Rican resistance that could form out of the ruins of Maria.

But the new face of Puerto Rico is ferociously contested. A group of cryptocurrency speculators have hatched a plan to create "Puertopia," in which a radically depopulated island becomes a kind of on-shore off-shore tax-haven. Puerto Rico already offers a raft of tax-gifts to fly-in bankers; if you overwinter in Puerto Rico, you can avail yourself of a 0% capital gains and 0% interest and dividends tax-rates (this tax deal is not available to year-round, ordinary Puerto Rican residents). Move your businesses's registration to Puerto Rico and you'll enjoy a 4% corporate tax rate. All without leaving the USA or relinquishing your US passport!

The Puertopians and the neoliberal management of Puerto Rico have convergent interests, and those interests likewise converge with trumpism: since Maria, the island has experienced radical depopulation, driven by the incompetence of the relief effort; the government projects (plans) a 20% drop in population overall. There are official plans, some already underway, to sell off state assets at fire-sale prices, and to shutter public schools, end independent consumption-crop farming in favor of corporate cash-crop farms tended by low-wage workers who have no rights to speak of.

Against this are the green shoots of a new Puerto Rican resistance, reborn after Maria. The fact that decentralized, renewable energy; sustainable consumption-crop farming; and publicly run schools all weathered the storm more-or-less intact is an existence-proof of a better way for Puerto Rico, one grounded in fiscal sovereignty, educational sovereignty, food sovereignty, and the refactoring of Puerto Rican infrastructure to benefit Puerto Ricans and resilience.

Meanwhile, the Puertopians and the island's technocratic appointed managers plan to supercharge the factors that created a disaster on Puerto Rico: more filthy, groaning fossil fuels that poison the people and the land under normal operating conditions, and then do it a thousand times more when they're inundated by severe weather; more austerity; an end to public education in favor of Devos-compliant charter-schools; more centralization of the ports where fuel comes in and cash crops go out -- more profitable fragility that assumes that big business can always get bailed out by the state, while paying virtually no tax to support that state.

Klein's story shows how the "sovereignty" sought by the Puertopians -- the power to take away someone else's island through corrupt privatization deals and then run the place without any duty to the people you expropriated -- contrasts with the meaningful sovereignty of Puerto Rican resistance. When Devos tries to close their public schools and replace them with charter schools, the teachers and parents occupy their schools and refuse to allow them to be closed. Devos wants "school choice," but only if that choice is to funnel tax-dollars to for-profit charter schools that teach Dominionist gospel.

Klein paints a picture of a wildly overmatched resistance that is fighting "fast capital," "unencumbered by democratic norms" where "the governor and the fiscal control board can whip up their plan to radically downsize and auction off the territory in a matter of weeks." Meanwhile, the resistance is struggling with the administrative incompetence after Maria, struggling to feed themselves, to stave off critical illness, to survive.

The Puertopia vision is to transform the island into "a fly-in bedroom community for tax-dodging plutocrats," who believe that taxation is theft and pay lip service to "freedom" -- while enthusiastically backing the governor's plan to "penalize communities that set up their own renewable micro-grids."

But the resistance has an advantage: its history. They're not starting from scratch: they've been at it for a century, and they reached a zenith last year, just before Maria. The hurricane smashed the island, but the reconstruction process has brought people together in hardened, tight-knit brigades who are fiercely determined to free their homeland from colonialist exploitation. It's not a fair fight, but they stand a chance -- especially now, when so much of the world seems to be waking up to the manifest injustice of inequality and unchecked, late-stage capitalism.

It's a great read, and it holds out hope, which we all need -- especially the people of Puerto Rico.

For those harboring these Randian secessionist fantasies, Puerto Rico is a much lighter lift. When it comes to taxing and regulating the wealthy, its current government has surrendered with unmatched enthusiasm. And there’s no need to go to the trouble of building your own islands on elaborate floating platforms — as one Puerto Crypto session put it, Puerto Rico is poised to be transformed into a “crypto-island.”

Sure, unlike the empty city-states Seasteaders fantasize about, real-world Puerto Rico is densely habited with living, breathing Puerto Ricans. But FEMA and the governor’s office have been doing their best to take care of that too. Though there has been no reliable effort to track migration flows since Hurricane Maria, some 200,000 people have reportedly left the island, many of them with federal help.

This exodus was first presented as a temporary emergency measure, but it has since become apparent that the depopulation is intended to be permanent. The Puerto Rican governor’s office predicts that over the next five years, the island’s population will experience a “cumulative decline” of nearly 20 percent.