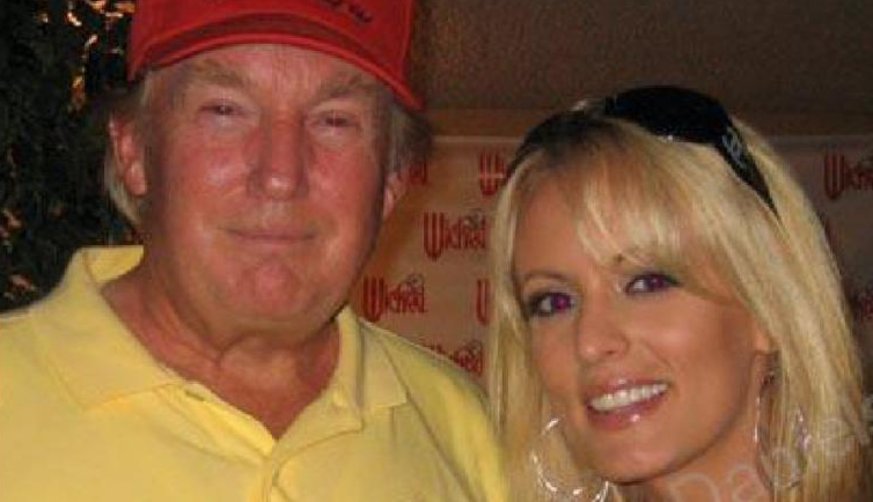 The only one inconsistent "is the one making the claims,” said Shah.

Trump also denies, through Shah, that Daniels was physically threatened as she detailed in the CBS 60 Minutes interview with Anderson Cooper.

Stormy Daniels: I was in a parking lot, going to a fitness class with my infant daughter. T-- taking, you know, the seats facing backwards in the backseat, diaper bag, you know, gettin' all the stuff out. And a guy walked up on me and said to me, "Leave Trump alone. Forget the story." And then he leaned around and looked at my daughter and said, "That's a beautiful little girl. It'd be a shame if something happened to her mom." And then he was gone.

Anderson Cooper: You took it as a direct threat?

“There’s nothing to corroborate her claim,” said Shah.

Interesting how the President hasn't tweeted a word about it. Yet.

Q: Was Pres. Trump aware of a physical threat made against Stormy Daniels in 2011?
Shah: "The president doesn't believe that any of the claims that Ms. Daniels made last night in her interview were accurate."
Q: He doesn't believe she was threatened?
Shah: "No, he does not." pic.twitter.com/55QNA8Pvc6

"Stormy still has the dress she wore from that night." - Stormy friend Alana Evans on @CNN

Shah on Stormy Daniels: "My understanding is that she signed some statements that conflict with what she said last night" https://t.co/Y1xNFDNJH6

Stormy Daniels’ lawyer sharing BuzzFeed News’ story from last year in which an attorney claimed to receive a threat from a Trump goon https://t.co/v9LS9GOIrh

.@stevenportnoy: Why would $130,000 be paid to Stormy Daniels in days before election?
Shah: "I would have Michael Cohen address specifics regarding this agreement you are referring to. False charges are settled out of court all the time & this is nothing outside the ordinary." pic.twitter.com/Fyov5oO8wG

So. SOMEONE's unhappy about the lack of any wall money in the spending bill. https://t.co/7OezDTDYYo

Alana Evans, friend of Stormy Daniels, says Stormy kept the dress she wore the night she slept with Trump and implied it was never washed. Reminds me that Billy Bragg once called the Lewinsky dress "presidue."