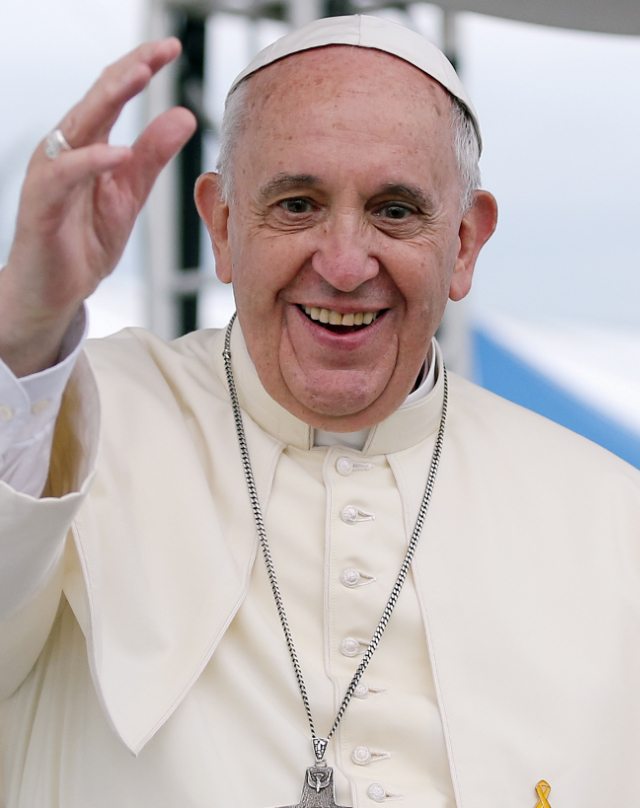 In 2015, Canada finally confessed to its part in this long-running crime. The nation's Truth and Reconciliation Commission looked to the crimes of the residential school system, saying that they amounted to cultural genocide. The commission made 94 recommendations that it felt would go along ways towards righting the wrongs of the past. One those recommendations was that the Pope step forward and apologize for his church's role in the residential school system. It makes sense: the bulk of the schools were operated by the Catholic Church. There's precedent for it, too: in the past, Popes have apologized for other shitty things that the church has done.

Last May, Canadian Prime Minister Justin Trudeau made a personal appeal to Pope Francis, asking him for an apology, on behalf of all Canadians. The pope's response?

“The Holy Father is aware of the findings of the Truth and Reconciliation Commission, which he takes seriously,” Bishop Lionel Gendron, who is president of the Canadian Conference of Catholic Bishops, wrote in an open letter to Canada’s Indigenous people released on Tuesday. “After carefully considering the request and extensive dialogue with the Bishops of Canada, he felt that he could not personally respond.”

It wouldn't have been the first time that a pope's apologized for the church's bullshit. As the New York Times points out, Pope Benedict XVI apologized for the decades of sexual abuse that many Catholic priests heaped on members of their flock in Ireland, back in 2010. More recently, Pope Francis asked for forgiveness for the church's role in the Rwandan genocide. Thousands were killed during that one. Maybe the problem with apologizing for what went on in the residential schools is that around 80,000 people who were forced to attend them are still alive. Admitting culpability through apology could open the doors to one hell of a class action lawsuit against the Church.

The Pope's got a trip to Canada planned in the near future. Apparently, meeting with native politicians and tribal elders will be a priority. I guess we'll see what happens.