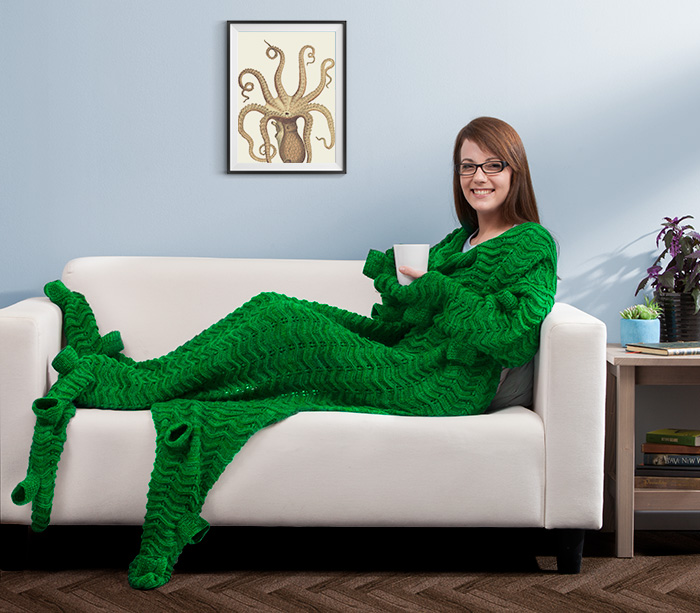 The Tentacuddle is another of Thinkgeek's not-April-Fools products launched on Apr 1 but seriously for realsies; it's $60, acrylic, 40"^2 plus five two-foot-long besuckered tentacles whose terminal apertures will admit your own appendages for eating or other manipulative/ambulatory tasks, and it's machine washable.