After 17 years, luxury hotel lifts ban for man whose pepperoni brought disaster to his room 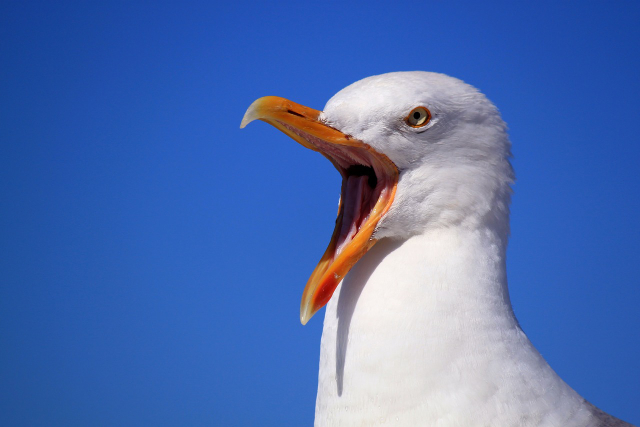 I've lived in British Columbia and Nova Scotia. This is, hands down, the best story I've ever read that involves both coasts.

According to The Times Colonist, 17 years ago, Nick Burchill, a naval reservist from Nova Scotia, was in Victoria, British Columbia for a work-related conference. He chose to stay at the Fairmont Empress Hotel: a high-falootin' luxury joint that's been a fixture on the city's downtown waterfront for decades. When Burchill came from the east coast, he knew that he'd be meeting with friends from the navy when time allowed for it. He brought them a gift: Chris Brothers Pepperoni sticks: a much-loved Nova Scotian delicacy. Not wanting anyone to feel left out, he brought, well, a lot. To keep the meat cool and edible until he could hand it over to his pals, Burchill cracked the window in his hotel room and laid the pepperoni out on the windowsill. He figured that the cool spring air would be enough to refrigerate the food. What happened next is the stuff of legend:

From the Times Colonist:

He spread the packages of pepperoni out on a table and along the window sill, then went for a leisurely four or five hour walk.

“I remember walking down the long hall and opening the door to my room to find an entire flock of seagulls in my room,” Burchill wrote. “I didn’t have time to count, but there must have been 40 of them and they had been in my room, eating pepperoni for a long time.”

Burchill discovered that spicy pepperoni does not agree with a seagull’s digestive system. The room was covered in guano.

The birds, losing their shit over their being a human in the room, began to literally lose their shit, everywhere they flew in the room, spreading poop over everything. As they took to the air, the seagulls knocked over lamps, decorations and anything else that wasn't bolted down. As Burchill put it, the resulting chaos was "...a tornado of seagull excrement, feathers, pepperoni chunks and fairly large birds whipping around the room." Fighting his way through the flock, Burchill managed to open the rest of the windows in his suite so that the birds could escape. As one of the birds tried to re-enter the room in search of more food, Burchill threw his shoe at it. The shoe ended up on the front lawn of the hotel, narrowly missing a group of vistors.

Burchill has been, understandably, banned from staying at the Empress for the past 17 years. This past week, his lifetime ban was lifted by the hotel's management after he wrote them a passionate letter explaining his part in the pepperoni-and-seagull related disaster.

That Burchill included a pound of Chris Brothers pepperoni with the letter as a peace offering may have had something to do with it too.

Image via pixabay, courtesy of cocoparisienne