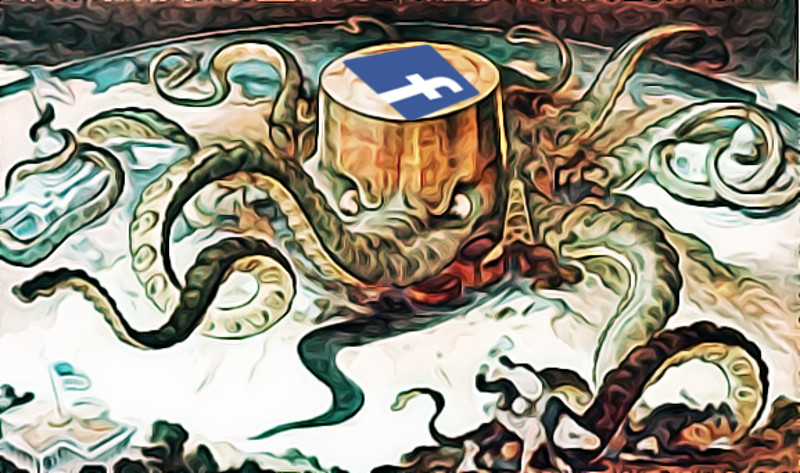 As we set ourselves to the task of dooming Facebook to the scrapheap of history, it's worth considering the many ways in which Facebook has anticipated and planned for this moment, enacting countermeasures to prevent the rise of a competitor focused on delivering things that help users (making it easy to find people to form interest groups with), rather than focused on "maximizing engagement" and spying on us.

Much of this comes down to a simple word: monopolism. Most businesses that posed a credible threat to Facebook are now part of Facebook, because since the 1970s, Chicago School economists have sold the world's regulators on the idea that monopolies are only a problem when they raise prices, and any other monopolistic activity is fair game.

Finally -- though Sarah Emerson doesn't mention it in her excellent rundown -- there are the legal victories, like the precedent that bans competitors from giving Facebook users a way to leave the service without leaving behind the messages their friends send them.

These are the barriers we'll have to surmount before we rid our internet and our planet of Facebook.

Then, Facebook spent $150 million in 2013 on a VPN (virtual private network) technology called Onavo. It allows the company to spy on user behavior under the guise of protecting their data, according to the Washington Post. With our browsing habits and app usage, Facebook can ascertain our desires, and fulfil them—whether it’s Snapchat-like filters, or WeChat-like games.

Facebook has acquired a host of diverse companies. Either absorbing them, borrowing from them, or simply keeping them under its umbrella. A location-based check-in startup, mobile advertising talent, group messaging technology, a Q&A service, and a social gifting platform, among others—core features of the Facebook we know and use today.