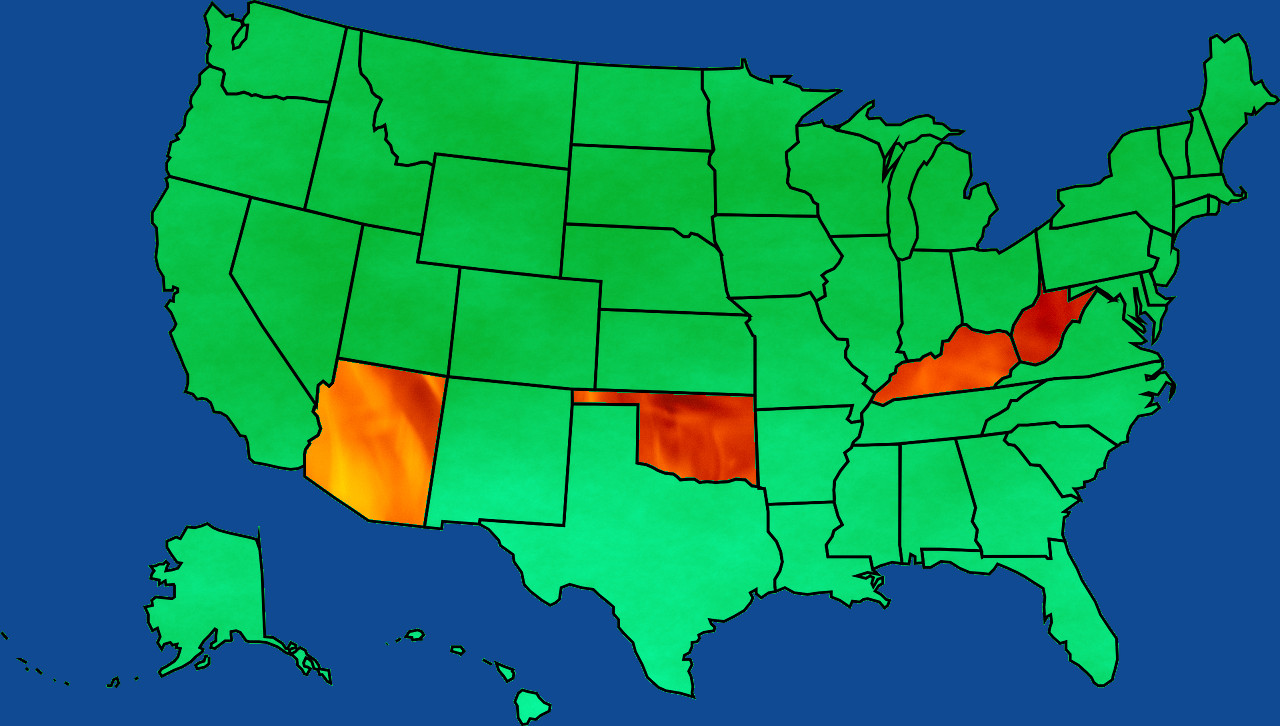 After the incredible success of the West Virginia teachers' strike, teachers in Oklahoma and Kentucky walked out and now they're joined by teachers in Arizona -- all four of these are "red" states that voted Trump in 2016.

Teachers' strikes are impossible to ignore, since so much of the workforce depends on public education for daytime child-care in addition to education -- when teachers walk out, parents' ability to go to work is also impaired, meaning that a teacher's strike is a kind of warmup for a general strike.

The striking teachers are operating in states where GOP legislatures have destroyed or neutered their unions, leaving them without a tidy leadership hierarchy whose senior members can be co-opted for weak compromises. Instead, they are grassroots, radical and uncompromising.

The four striking states are also among the 29 states that are spending less on education now than they did before the great recession. Most states have bolstered their fiscal standing in recent years, and teachers are eyeing budgetary pies that are bigger than the lean post-recession years.

“When we typically think of a strike, especially a teachers’ strike, we think they would strike against management. But that’s not what’s happening. They’re striking against the legislature,” said Michael Petrilli, president of the Thomas B. Fordham Institute, a center-right education think tank based in Washington.

Legislators have been quick to back down in the face of teacher protests. In West Virginia, Gov. Jim Justice (R) promised legislation raising teacher pay just days after the strike began, though teachers stayed out of the classroom until he signed the bill. In Arizona, legislators have pledged quick action. In Oklahoma, Fallin signed the first pay increase even before teachers walked out.