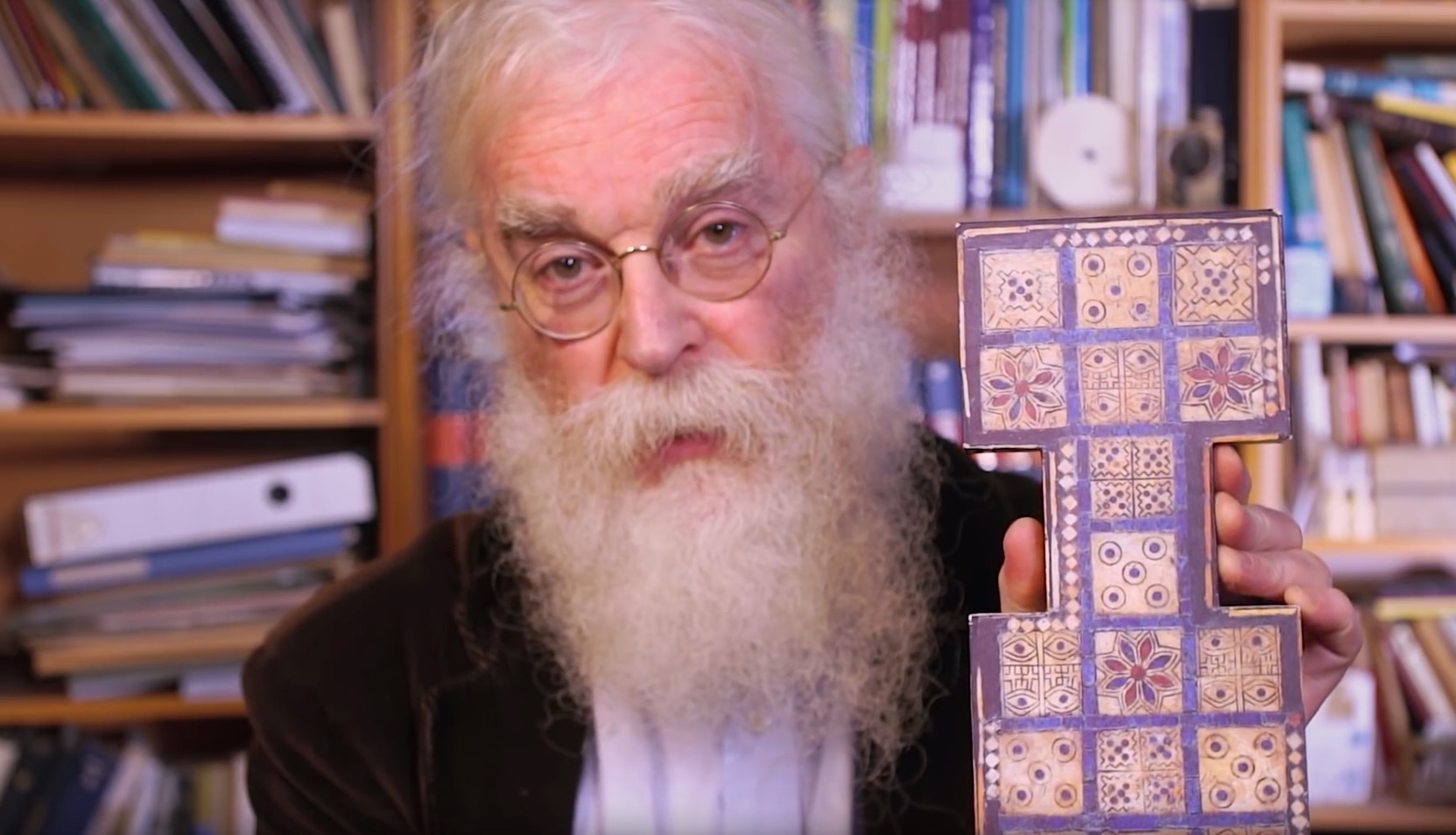 There are some interesting mechanics here, including using 4-sided dice that have two white tips. An upright white tip counts as a 1. The Royal Game of Ur looks really fun, and surprisingly exciting to play. Finkel points out that it's the kind of game that, when one player falls behind the other, it actually gives them a momentary advantage and that creates a kind of back and forth, quickly changing fortunes dynamic that makes for a tense game. Finkel also points out that the original board had a built-in drawer to house the dice and playing pieces, a design that's still used in chess and other boards over 4,000 years later.